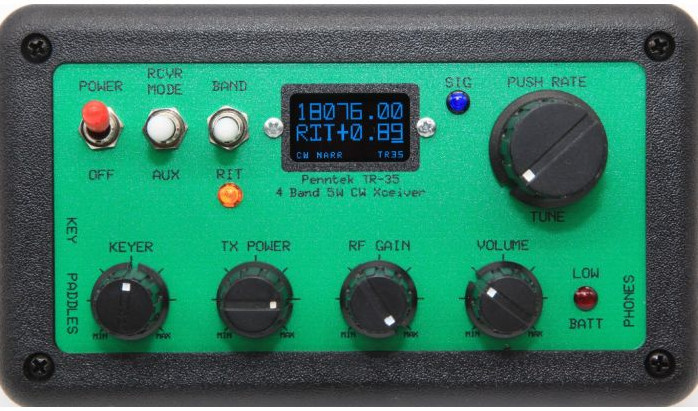 I've succumbed to the glowing reviews (including one from the ARRL of a prior WA3RNC kit) and favorable comments. A TR-35 from WA3RNC's Penntek line of kits is on its way.

I knew I'd order one of his kits eventually but I'd been holding out for the TR-45L, due to be released later this year. But I could wait no longer - early reports, few though they are, are all favorable. The TR-35 is a no-menu, every-function-has-its-own-switch CW transceiver for 17, 20, 30 and 40 meters that puts out five watts (and then some, depending on supply voltage).

It looks to be a great POTA rig and a refreshing change from all the menu-driven functions that are now incorporated into most transceivers.

The order was placed yesterday & a tracking number has already been generated. I expect to receive it Monday (2/14) and have it built and activating a POTA by Wednesday (2/16).