With the TR-35 still an infant, built only days ago, I introduced her into the harsh environment of QRO DX contesters. 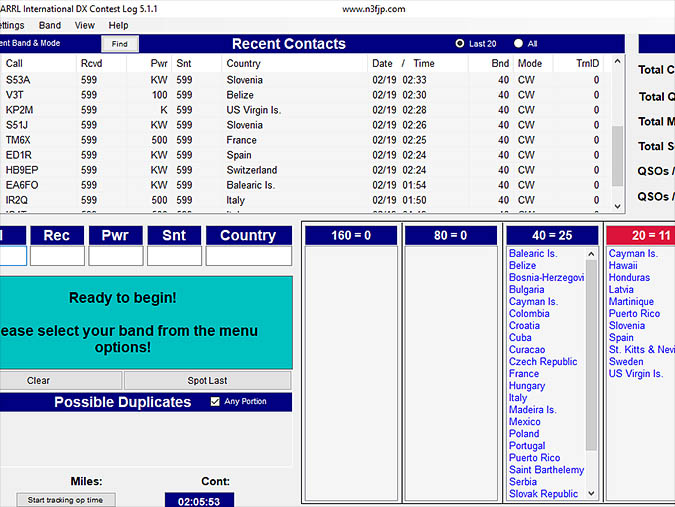 Ignoring the Hardrock-50, off we went - barefoot into the ether, to frolic in the ARRL International DX Contest. Two hours later, with a dipole serving as the rig-to-ionosphere interface, 30 DXCC entities were in the log. Mostly on 40m. On battery power. Only 600mAH consumed.

To those who've asked, a full write-up on this rig is on the way. I've taken notes of the build, the performance, operation and various measurements and will compile them into a posting, probably Monday.

More postings on the TR-35.