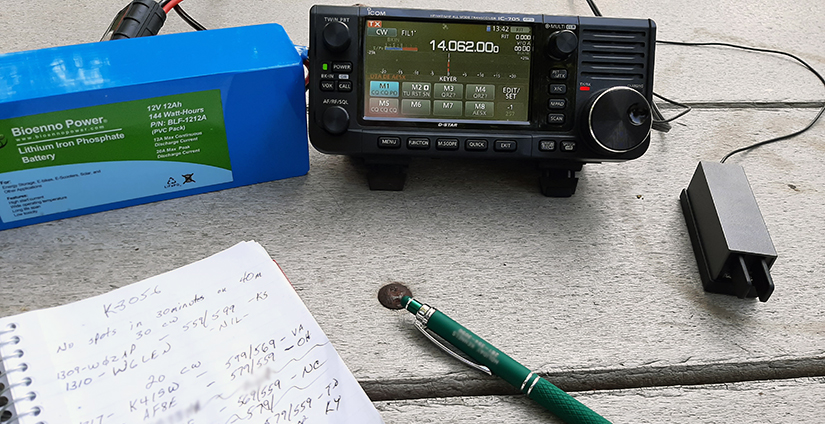 The gate leading in to this park opens at 8am and there were 5 other cars waiting when I arrived. We then drove in and the others emerged from their cars with cameras and long lenses. Bird photographers, I thought.

Over the course of the next two hours I learned that they were there to photograph alligators. The long lenses allowed them (unlike me!) to keep their distance from these creatures.

An aerial view of the park shows a series of rectangular ponds. These ponds, and the waters surrounding them for miles, are full of lily pads, frogs, fish and gators - all of which makes for some interesting photography.

My operating position was on a picnic table about 10 ft/3m from one of these ponds. At one point, I saw movement of one of the plants at the water's edge. There was no wind. I walked a bit closer and saw a baby alligator poke his head up to look at me.

This park and Brazos Bend State Park southwest of Houston are full of alligators and hiking trails. Hikers are warned not to take pets or small children on the trails but adults can walk around alligators that may be on the trail and the gators "probably won't respond". Probably?!

These parks do make for interesting hikes if you're ever in the area.

I had hoped that by the end of this activation I'd have an idea of the performance of my new loop antenna. Unfortunately, that's not (yet) the case.

Results were mixed and it may not be the fault of the antenna. Contacts were few - a dozen in a little over an hour.

Pointing to the antenna as the culprit is the lack of a single RBN spot on 40 meters despite 30 minutes of calling CQ on that band. No answers to any of them and no spots.

Moving to 30 meters produced one QSO - W0ZAP in Kansas. Periodically, I did adjust the angle of the loop, keeping in mind that it has nulls broadside. But no dice - no further contacts on 30 meters.

Twenty meters produced 11 QSO's, including two with Italian stations. The fact that they could copy my

10 watts is amazing, given that I could barely hear them. The rest of my domestic contacts were all over the country but there were few of them despite many, many CQ's.

Other factors that could have contributed to this are that I was on the air very early, at 1300Z (8am local). There were only 2 other POTA stations being spotted at this hour - maybe they had light activity as well. And the bands have been poor lately; more so than normal.

What I need to do is use an A/B switch to allow for comparisons between the loop and a HamStick. I'll probably do that this fall but will be pretty busy, radio-wise, with upcoming projects until then.

In the meantime, I will attend the next weekly gathering of CW Ops who have three hour-long get-togethers each Wednesday. That should make for a good testing ground for an antenna.

90 minutes of continuous use drew only 0.6AH of juice from the battery. That's with 10 watts out. Is there anyone who's bought one of these radios and is not happy with it? If so, I'd sure like to know why, in the comments or via email.