A week with the Mercury III S amplifier

If you left an Ameritron AL-80B and an Elecraft KPA-500 in a room together with some wine and soft music, the Mercury III S might be the result. Like the KPA-500, it is solid state and therefore broadbanded - no tuning up is necessary. And, like the AL-80B, it outputs a kilowatt (actually, 1200 watts) and uses a relay for T/R switching.

I've owned both the Ameritron and the Elecraft amps, so the new Mercury feels a bit like a hybrid of both, though it is nothing of the sort.

I assembled the Mercury on the same day it arrived. What initially looked to be a two-evening process took only 5 hours, and that was taking my time. All the parts, patch cables, connectors and hardware went together easily and I think this would make a great first kit for someone. 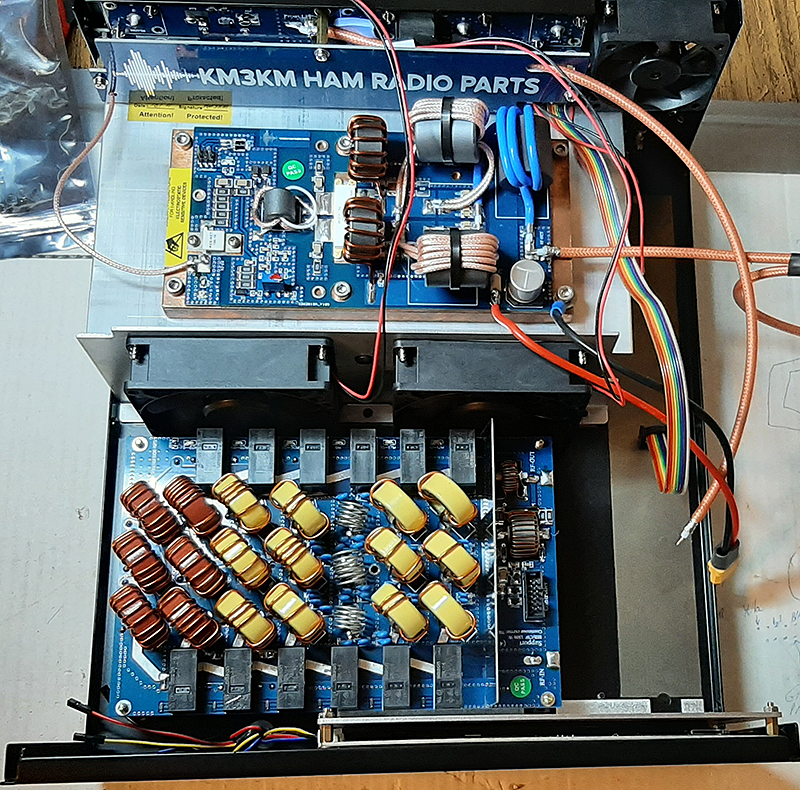 It was a far easier build than anything else I've ever built and, upon completion, there is no alignment - just a few checks with an ohm meter to make sure various sections aren't shorted to ground.

Rather than a narrative, some brief notes and then some numbers.

About that last item - five years ago, Expert Amplifiers filed a petition asking the FCC to eliminate this requirement, claiming (correctly, IMO) that the limit is obsolete. The rule was originally designed to prevent CB-ers from using ham amplifiers to achieve high power. Today, that same goal is accomplished by frequency counters & firmware within amateur amplifiers, preventing them from producing any output at all on CB frequencies.

At some point, the ARRL will almost surely review this popular amplifier, making measurements with lab-grade equipment.

And now the Good:

Like the KPA-500, the Mercury's construction is modular. What little soldering there is needs to be done with a soldering gun, not a small-ish soldering iron as pictured in the "Tools needed" part of the instructions. The soldering is limited to coaxial cable interconnections, SO-239 and BNC jacks. The latter are appropriate for an iron but not the coax assemblies.

I didn't buy the Mercury III S for the "kit-building experience". I bought it because I wanted an amplifier that will drive my IC-705 to significantly higher power and my Flex to a full KW - and I didn't want to pay the admission price for other LDMOS-based amps. If it takes a kit to accomplish these things at this price, then a kit it is.