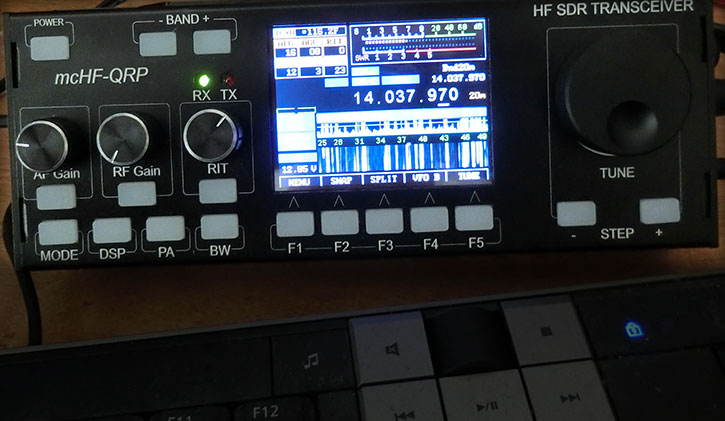 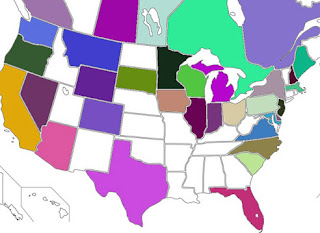 I had about two hours of time to spare for the NAQP (CW) contest Saturday and that's how long it took to make 100 contacts.

I'd been wanting to test the mcHF and the Hardrock-50 during fast contest conditions. Specifically, I wanted to reassure myself that the process of keying the amp when in COR Mode would not result in the first character of my callsign (dit) being chopped off due to the time taken to key the amp.

COR Mode is what allows the HR-50 to be used with simple QRP rigs that lack a PTT Out - a portion of the incoming RF keys the amp. I operated the contest at 28 wpm and no one asked for a fill or mis-copied my call so I'm happy with the combo's performance.

Three watts out from the HR-50 provided about 40 watts from the amp and I stayed on 20 meters for the duration of the two hours.

Participation and conditions were good: 29 states, 5 Canadian provinces and one DX station went into the log, resulting in 35 mults X 100 QSO's = 3500 points.

The mcHF is by no means a contest rig but performed quite well despite times when there were strong stations next to the one I was working.

One irritating characteristic of the rig is that the tuning of the VFO knob results in larger tuning steps when turned quickly. Oftentimes I would see a trace of activity on the waterfall, then accidentally tune significantly past it because the tuning moved in larger steps than when turned slowly. This is a useless feature since tuning steps can be selected easily and quickly with the two STEP buttons beneath the VFO dial. I wish the speed at which one tunes would not override the selected step.

Also on the topic of the VFO - I'd like it to be smooth rather than having detents in the rotation.

I would also like to have more "zoom" control of the waterfall. As it is, there are only two selections of panadapter display - 48 kHz and 24 kHz. It would be nice to be able to zoom in further and see only 10 or 12 kHz of activity, especially during contests when activity levels are high.

Despite these minor issues, the mcHF is an impressive little rig. Filter selections let me hear a single signal 98% of the time, even on crowded sections of the band with numerous strong signals. Even with a lack of QSK, I can set the T/R turnaround time sufficiently fast so that quick replies to my calls were heard in their entirety even at 28 wpm.

I used N3FJP software to both log contacts and key the rig.