Comparing the mcHF and the KX2

I've recently sold my Elecraft KX2; the idea of doing so started occurring soon after receiving my mcHF.

The more I operated the mcHF, the more I realized that the KX2 would see more operation from someone else's shack (tent, trail, mountaintop) than I was likely ever to provide it.

Eight emails sent to me ranged from "Are you crazy?" to "Why do you like the mcHF so much?" so I thought I'd post those reasons here.

Long story short, there is no perfect rig but the mcHF contains more of the features I want based on how I like to operate. Both the KX2 and the mcHF have their strengths and weaknesses - and they have a few things in common:


I no longer have a need for the strengths of the KX2. They are: 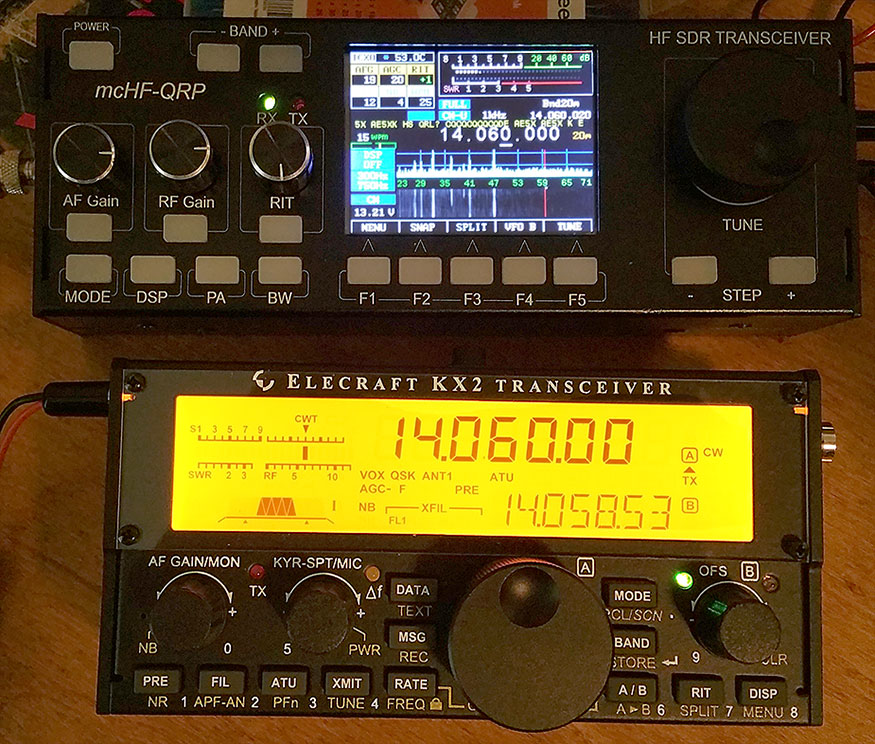 And the mcHF has strengths of its own that are absent in the KX2:


That's about it for what I don't like and it was enough to be a show-stopper for me for several years. And it accounts for the numerous mcHF clones sold on eBay and Amazon.

Despite that admittedly significant fallacy, the mcHF comes closest to how I like to operate and in how I get enjoyment from a radio. It is not turn-key - at least not the build stage - which is why I paid someone $125 to build mine for me. As with the KX2, new firmware will be released periodically and I can choose whether or not to implement it based on what it offers. Some of these releases are experimental and many mcHF owners buy the radio, not so much to put on the air, but as a way to learn and experiment with programming itself in regards to the implementation of features. The mcHF is their platform in learning how to write code whose end result is to improve noise reduction in a receiver. My hat is off to them and I admire their "geniousness" and look forward to benefiting from their dedication to software.

But for me, the mcHF is an indoor/outdoor, CW/FT8 radio that works amazingly well in a variety of situations. It is, by now, a stable product that (I'm donning my flame suit now) obsoleted my KX2.

Ideally, my dream QRP radio is an Elecraft KX4 that has the features of the mcHF and the reputation of Elecraft - the support, the excellence, the documentation. I know that the core of Elecrafters consists largely of DXers and contesters. Elecraft rigs reflect that and their customer base (as it exists now) want radios that excel in these areas. But there is a younger generation (and older folks as well) for whom convenient PC-to-rig interconnectibility and digital modes isn't a New Thing - it's the Expected Thing. The mcHF gets this right, Elecraft doesn't (yet).