"We ride the waves; distance is gone"

I had the absolute funnest POTA activation today. Ever.

First was the new rig. Awesomeness, encapsulated into a rectangular form. More on that in a future posting.

Then a QRP-QRP POTA contact with Thomas K4SWL. I've worked Thomas a number of times from Texas but this was the first time working him since moving to FL. He was one of my few contacts on 40m - the bulk of them were on 20.

To top it all off, I had two visitors, both of whom were so interested in what I was doing that they lingered. Not obtrusively, but with a sincerity of curiosity that made them a pleasure to have at the site.

First, was an 8 yo boy and his mother, one of the park rangers. She brought him over at his request and he was amazed at the set-up. He knew SOS in Morse - now he knows his name (Andy). He asked intelligent questions, listened attentively to my answers and then had more to ask, all in a calm, almost adult-like demeanor.

I told him I was going to wander a bit with my camera and he asked if I'd like to see a tree that was hit by lightning. How could I say no? So off the three of us went to look at Andy's favorite tree. Then I told him that my favorite tree was nearby and it was for that one that I brought my camera.

Finally, between Andy's radio visit and the later tree excursion, I was back on the air when a woman called out to me, "What are you doing?"

She'd been walking around with a plastic bag, slowly working her way closer to me.

I just said, "Good morning" and she said "What's that sound?"

She came over and I gave her the whole spiel - ham radio, parks talking to parks, etc. My antenna was pretty high up and she wanted to know how I got it up there. I told her that I threw it & that I'm much stronger than I look.

I showed her the AirBoss and then asked her what she was doing with the bag.

"Mushrooms to eat or mushrooms for going on a "trip" while listening to In Search of the Lost Chord by the Moody Blues?" She was of Chinese descent, not completely fluent in English, and didn't get the cultural reference.

I told her that I know all about psilocybin (a lie, I promise...) and that I suspected her motives. She laughed and I wished her a pleasant & meaningful "journey" as she left.

Since I was recording the POTA for an upcoming video, the audio of our entire conversation was recorded...might make for a fun YouTube "short" someday.

And I did finally manage that tree photo. 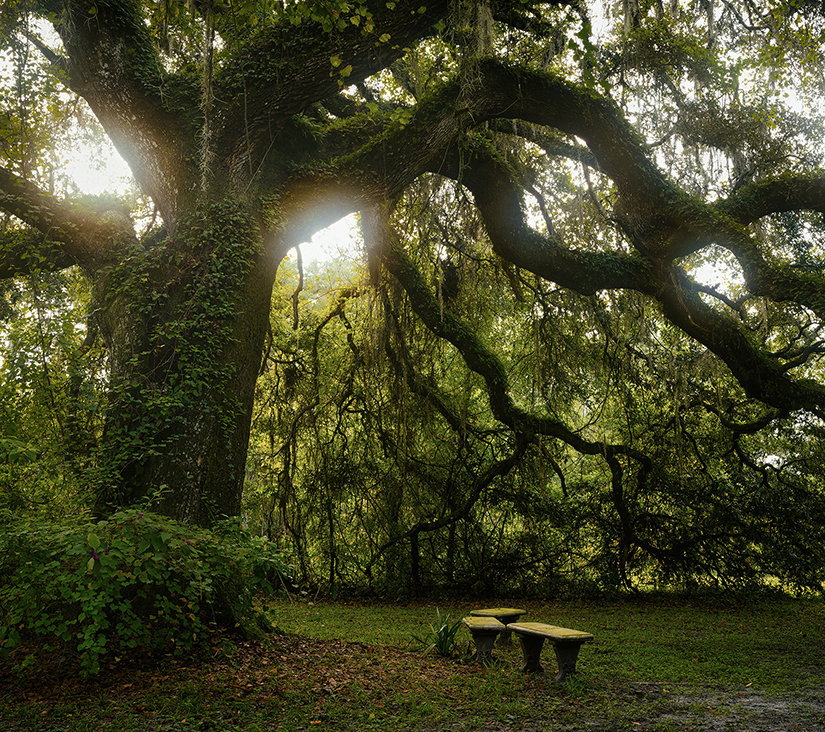