I've gone through several step attenuators in the last two years, both kits and built units. I was unhappy with them all for one reason or another and got rid of them.

Most weren't in a metal housing - a must for such a device when used at RF - and weren't worth the trouble to install into such a housing due, usually, to cheap, flaky buttons that created more (or less) attenuation from one press to the next.

Thanks to a recent review in QST Magazine for an unrelated kit, I've finally found a good quality step attenuator.

With a metal housing.

The review in QST was for a two-tone generator from HecKits. I have no need for a 2TG but a look at HecKit's website turned up the attenuator I'd been looking for.

I ordered it over the holiday weekend and received a tracking number Tuesday, when it was sent. The assembly instructions were also sent via email. The kit arrived two days later via Priority Mail. 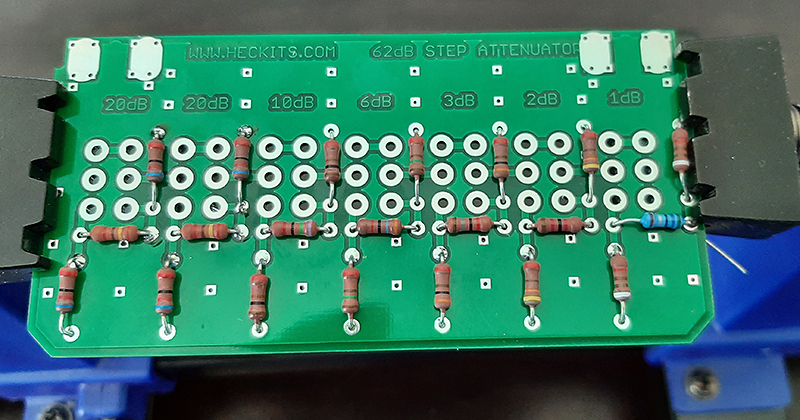 And speaking of resistors, they are all labeled so I didn't need to break out the DVM or try to read color codes on their dark bodies. 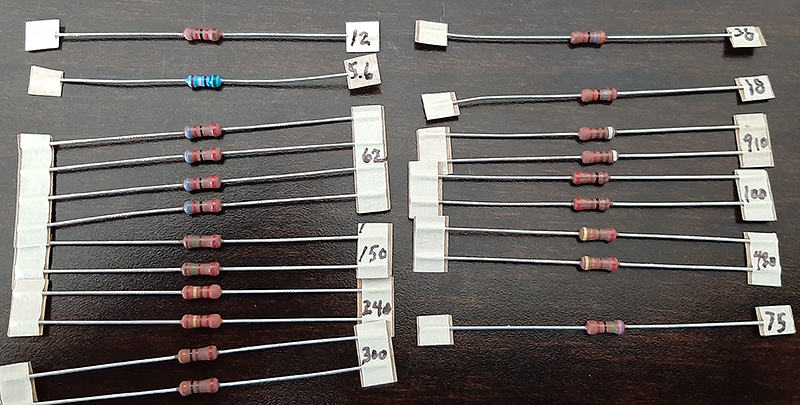 Installing the switches and getting all seven of them to align properly into the PC board took a little wigglin' but was easy enough.

Then tighten the nuts, solder, and Bob's your uncle. Done.

The proof is in the pudding, or in this case, the VNA.

What I want in a step attenuator is not so much for the actual attenuated value to exactly match the labeled value, but for a selected level of attenuation to be the same each time I select it. That's what was missing in the other kits I built or bought completed on eBay.

Also, necessary is a low SWR throughout the range of interest.

This attenuator has both those bases covered.

My main reason for wanting this piece of test equipment is for making MDS measurements of various receivers. The components used are all high quality, from the circuit board to the gold-plated BNC connectors.