I'm only a casual contester, if that - but the newly-built TR-35 had me wondering what might be possible with a simple rig, a dipole and low power. I've been QRP-centric before but took a decade-long detour with a KPA-500 and then a Mercury IIIs.

Those Big Boys are gone now and I'm back to my QRP roots.

The TR-35 is a 4-bander: 2 WARC bands and two contest-able bands; therefore it can avoid contests or jump into the fray.

The contest started Friday evening and, after an episode of "All Creatures Great & Small" with the little lady, I excused myself for a couple of hours to deploy some dots and dashes to the other side of the Atlantic.

Those staccato bursts were initiated with N3FJP's contest software, to the tune of 30 wpm. The TR-35 handled it well and the replies to my calls were frequent. The log filled up steadily.

My MO throughout the contest was: operate 30 minutes, take a break, operate 90 minutes, eat lunch, 30 minutes, get some sleep, etc. Like I said, I'm not much of a contester but the newness of the rig and the fact that DX stations were consistently copying my 5W signal kept me glued to the shack.

The station here is far more effective on 40 meters than on 20. The antenna is the same - an 80m dipole up 100 feet and fed with ladder line for all-band operation. A dipole on 20m is nothing; different story on 40m, when it's that high up.

Repeats were often needed on 20m; rarely was that the case on 40.

The funnest part of the contest, by far, was calling a station who'd generated a mini pile-up and the op comes back to me! Luck was the major part of that but timing of the call is ever-so-important (and often under-emphasized) and it became a private contest within a contest to see how quickly I could get through when numerous others were calling the same station.

After 5 hours of on-the-air time, I'd worked 52 DXCC entities, 6 continents and 18 zones. The 12AH battery had been discharged by only 1.2 AH. Am I green or what? That's the part of this whole thing that really amazes me - how little power was required to make so many DX contacts/multipliers. 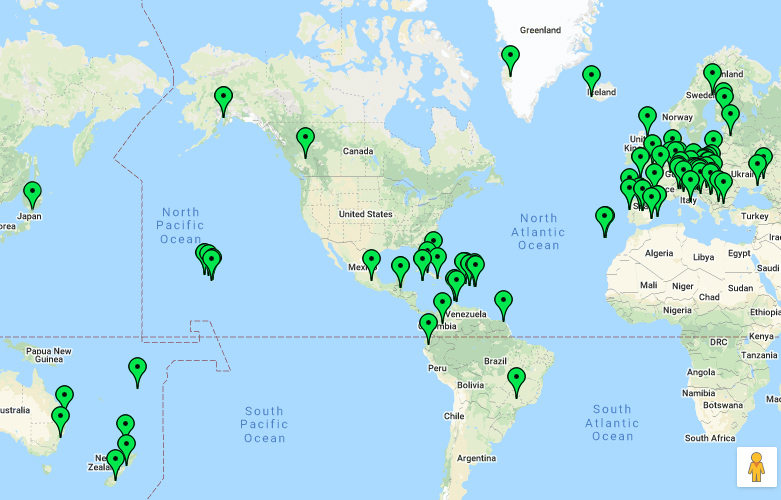 Many people think that FT8 is more efficient than CW. That may be true if RF is the only consideration, but when DC input is taken into account, as it must be, CW is King.

The TR-35 is definitely not a contest radio, nor was it meant to be. I could almost always hear multiple stations and had to use what little gray matter I have to furnish the needed selectivity that the radio lacks.

Its 6dB bandwidth is 250 Hz. Yes, I measured it. With high-fallutin' test equipment. And 250 Hz is fine for a rig of this type...POTAing, SOTAing, ragchewing, etc. However, the skirts don't seem very steep. More on that later...

Some may have noticed that there's a little orange relay in the parts that make up the TR-35. Fret not - this relay has nothing to do with keying; it's used to select which of two LP filters is in use based on the band selection. 17/20m share one filter, 30/40m share the other.

At some point during the contest, I remembered that I had a slightly larger knob (in photo above) for tuning that would be a better choice than the one included with the TR-35. It's a small change that made a world of difference, at least in the constant tuning of hunt-&-pounce contesting. One-finger tuning rather than two-fingered "pinch & turn" tuning required of the smaller knob.

I had a lot of fun in the contest - thanks to all the DX stations who participated. 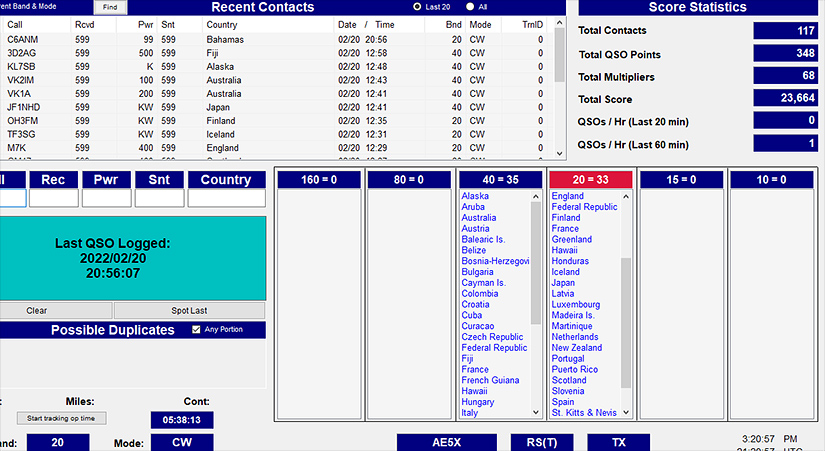 In the event of insomnia, my full write-up on the TR-35 is here.