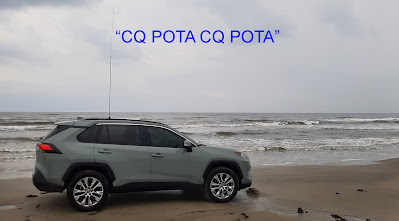 I got up at the ridiculous hour of 4:45am yesterday to be in Galveston, on the beach, by sunrise. The main purpose of this insanity was photography, not ham radio.

An amazing little app I've been tinkering with for some time (the Photographer's Ephemeris) allows one to determine the proper location in a given area to see the sun or moon rise (or set) over any given landmark. I wanted to catch the sunrise as it rose over Pleasure Pier. The weather was predicted to be stormy, which would add to the photographic drama as long as the cloud cover didn't block the sun completely. Always a risk.

I'm happy to report that the Photographer's Ephemeris is dead-on accurate. I parked at Seawall and 31st Street, hopped over the seawall and planted myself and camera/tripod in the sand with 12 minutes to spare. At the precise time, there came the sun, in the exact spot indicated days earlier by the app. The clouds cooperated and I am happy with the results - but little did I know, I'd get a better image later as I activated the park.

K-3013 is 12 miles west of Galveston, so I loaded the camera gear into the car and drove to the park. My first contact was with KG4LMW at 1240Z. Over the next hour and a half, I would make 47 contacts, all on 20 meters and all on phone.

Evidently, I don't have the brain capacity that would allow me to remember to take all the required radio gear if I'm also distracted by needing to take camera gear - I'd forgotten my paddles, so no CW.

I did, however, have the FT-891 installed into the car properly. The body of the rig is under the passenger seat and the head unit is mounted into a cup holder. Power still comes from the 12AH LiFePO4 battery which is also secured under the seat. I'm unsure if I want to run a DC cable from the radio to the car's batt'ry - getting through the firewall of a modern car is nothing less than an ordeal.

The highlight of this activation was working Jim W1PID. Jim and I have had 20 QSO's across most of the HF ham bands, all on CW. Finally an SSB QSO - it only took 17 years! Jim does a lot of outdoor QRP operation from a beautiful part of the country - you can read his stories and see his photos here. Thanks for the contact, Jim.

Soon after getting on the air, the clouds that made for a good-looking sunrise opened up and expelled their H2O. The rain was intermittent over the next 90 minutes, but when it did fall, it came down in buckets.

There no lightning so I wasn't worried about meeting my Maker - but the intensity of the rain made it impossible to copy any but the strongest stations. I tried to time my breaks to coincide with the heaviest rain but I know I missed some callers. Apologies for that.

In addition to remembering to take the paddles next time, I'll also take headphones.

Periodically, the camera called from the back seat: "John, what about me?"

So I took a few longer radio breaks, strolled around a bit and captured some photons. It really was a quite ominous and beautiful morning to be alone on the beach. The sky looked amazing, the colors were muted and no sounds were heard except seagulls and ocean.

The results of this dual-purpose outting were very fulfilling for me and I think I'll look for ways to combine both of my hobbies as much as possible in the future: 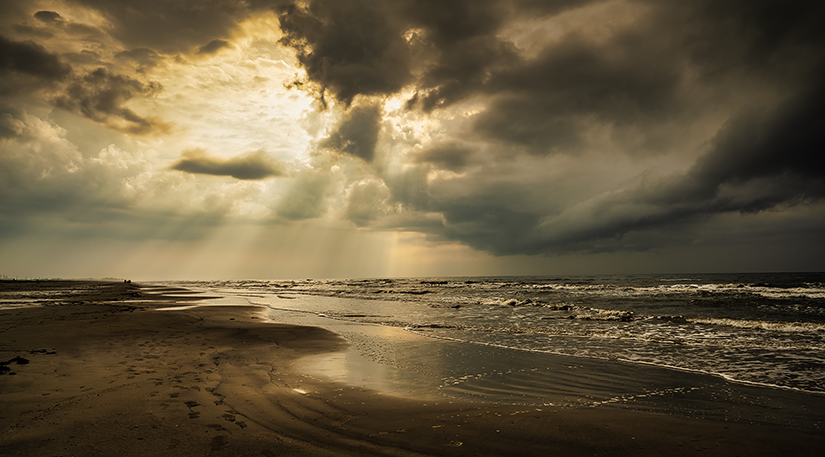 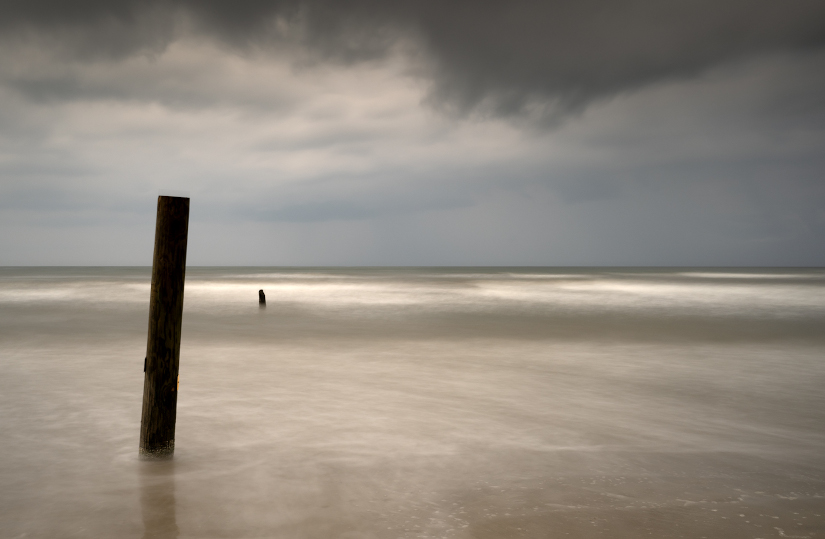