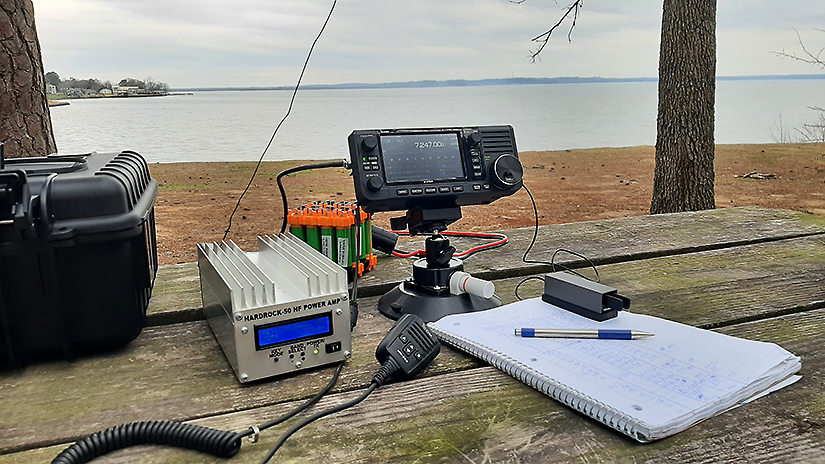 Lake Livingston State Park in East Texas is a 45-minute drive north of me.

I arrived at 9am and took a walk around before setting up the radio gear and installing the antenna. At this hour on a Friday morning I had the park to myself. It was cool and there was the slight scent of smoke from a fireplace. A few crows called to each other. Other than that - silence. A great morning, with a threat of rain that never came.

After the walk I unloaded the radio contents to a nearby picnic table and shot a weighted line over a 35-foot tree. The end-fed dipole was in a box - the Icom's original box - much easier than coiling and uncoiling...and no tangles. I pulled the antenna up, then shot the line into another tree to pull up the slack. This resulted in an inverted L configuration for the antenna, with the horizontal part about 30 feet high.

The rest was easy: attach radio to amp, battery to amp, antenna to amp, and key/mic to radio. On my previous activation, I used a 5AH LiPo to power the amp; this time I had a 17V 14AH LiIon battery, being dropped to 13.5V by a DC-DC converter. It worked like a charm.

I know that Icom offers a backpack specifically for the IC-705 but I will likely carry the Hardrock-50 with me for outdoor ops, especially is SSB is planned. With that in mind I wanted a way to carry them both with more protection than offered by a backpack. The B&W 4000 is perfect, especially considering the price. A 12V 6AH Bioenno battery is probably in my future and that will fit (vertically) into the case as well. 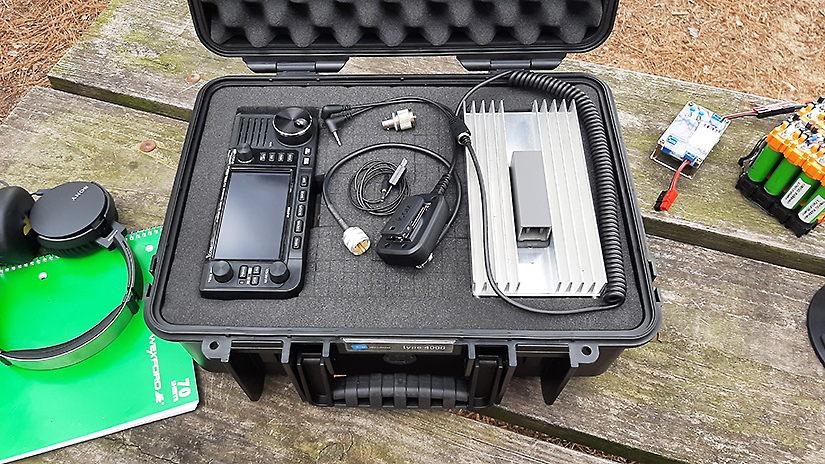 Did you know that you can get RG-58 patch cables with differing connectors on each end? This makes for one less adapter to forget to bring if you have an amp or tuner with a different connector type than your radio. 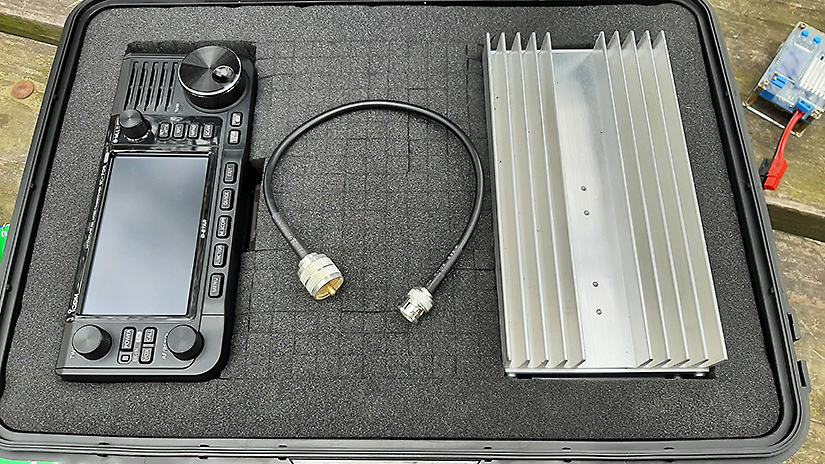 The IC-705's battery-friendly 2-watt output drove the amp to 35 watts. That's ten watts more than the antenna is rated for but we're on good terms so I was forgiven. No problems with the antenna or anything else.

I spotted myself and then started calling CQ. It took a while before I started getting callers. Once I did, QSB made it difficult to complete some of the contacts. Stateside stations drifted in and out of the noise while the few Europeans who called were often quite strong.

At one point I felt something tugging at my shirt - I thought I was snagged on some of the line used to haul up my antenna. Looking down, there was a squirrel looking up at me as if it wanted to help with the logging. I grabbed my phone to take a picture and the squirrel took it as a photo op and jumped up on the table, sniffing all the radio gear while I took photos. 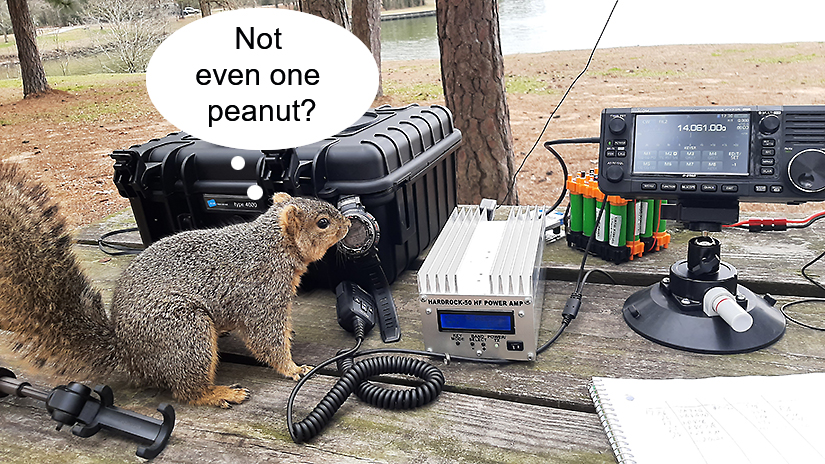 I shoo'ed him away but he came back 15 minutes later with a fat friend. Both these creatures were well-fed and were evidently hoping that I'd offer something to contribute to their rotundity but I had nothing to offer.

After two hours of phone and CW, on 20 and 40 meters, I said goodbye to the little critters, dismantled the set-up and returned home with 62 contacts in the log including stations from Italy, Spain, Germany and France.