2-port test of the nanoVNA

It's been a busy work week but I finally had time to tinker a bit with  my nanoVNA. I went through the complete Full 2-Port alignment, specifying a frequency range of 500 kHz to 5 MHz with the idea of plotting the attenuation curve of an AM broadcast band reject filter.

I bought the filter some time ago to improve the performance of a cheap RTL SDR dongle that was easily overwhelmed by strong AM radio stations but didn't really have any idea as to how closely the filter matched its advertised specs.


First things first: I love the nanoVNA and its usefulness is increased significantly by the work of Rune Broberg 5Q5R. Rune wrote, and continues to update and improve, NanoVNA Saver, a free program that allows operation of the nanoVNA via a computer. The screenshot accompanying this posting is just a small sample of the information offered using this method of controlling the device. 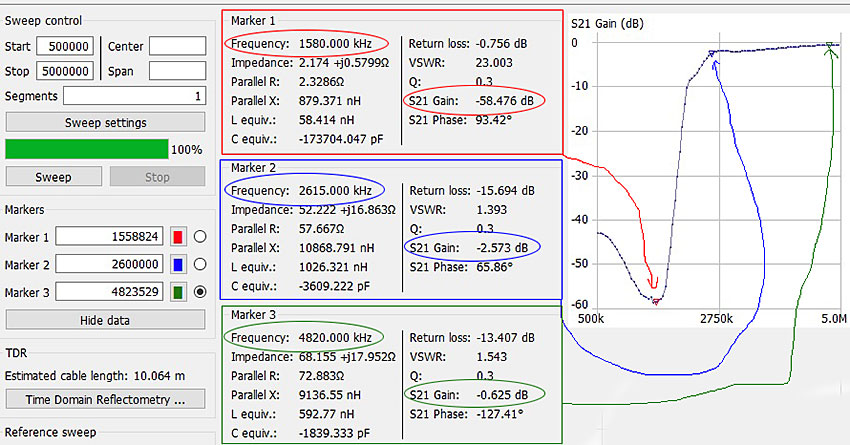 The S21 data was just what I was hoping to see and shows that the filter does indeed perform as advertised - offering a high degree of rejection of the AM broadcast band and then quite steeply returning to a low loss state for frequencies above 2.6 MHz.

More importantly, the nanoVNA lives up to its hype. It is not a $50 toy but rather a real piece of functional test equipment.

Coincidentally, I spent most of the last two days measuring the phasing of a radar antenna using a new VNA - a Keysight FieldFox, which is actually more than a VNA. This is a compact replacement to the 50-pound behemoth we'd been lugging up radar towers for years.

Now that the official work is done, I plan to further educate myself on the FieldFox's functionality - part of which will be tests with the nanoVNA on a variety of devices to see how the nanoVNA compares with a VNA costing 250X as much.. Hopefully, I'll post the first of those this Sunday.

A few photos of the work-related aspect of all this: 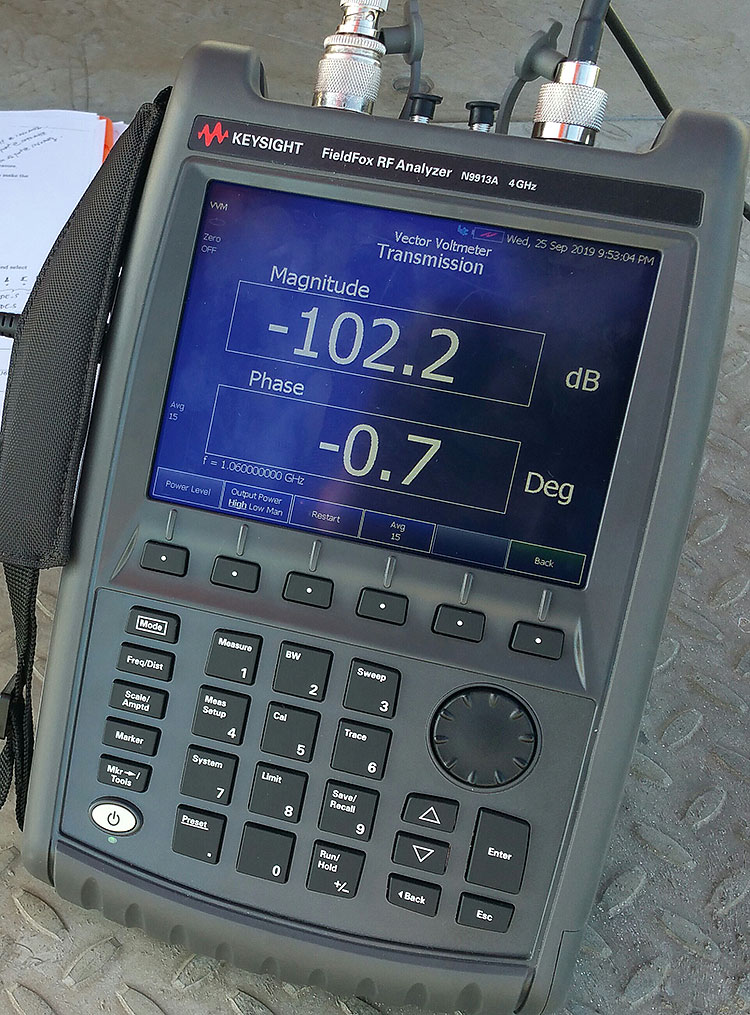