Many thanks to Jim W8YKG for letting me post the results of his project here. I've heard of homebrewers re-purposing old modem cases, etc. for QRP rigs and other projects but Jim's finished result looks absolutely spectacular and has me looking around for old, broken (and therefore cheap) classic rigs for my next project (which will hopefully be a QSX transceiver). 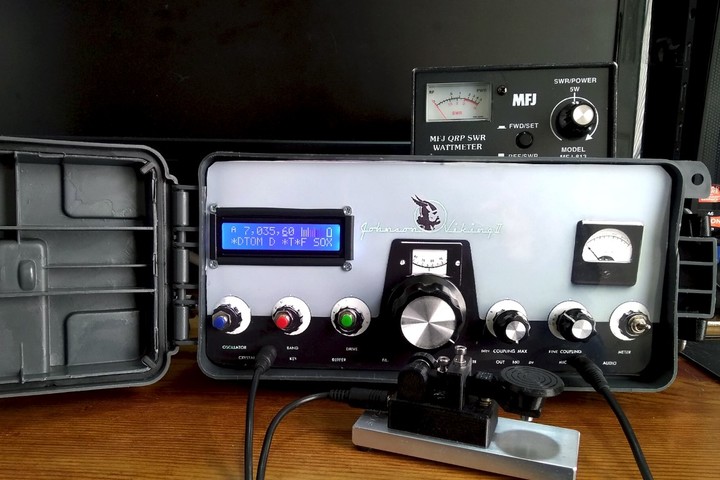 Rather than the almost impossible task of finding a mint-looking Johnson Viking II - his old Novice rig - Jim found a photograph of one, laminated it, installed it onto a case and used it as a template for the knobs on the QCX transceiver.

"I thoroughly enjoyed building the 40 meter QCX kit and was thrilled when it passed the smoke test with flying colors.   I immediately began thinking about a suitable case.  I also thought about my Novice days, when all I was allowed to do was operate CW.  Those days before e-mail, texting, and even packet radio seemed magic, and led to this faux 1950's QCX. The 1950's era Johnson Viking II was part of my Novice station (back in the 1970's), along with a Hallicrafters SX-43 receiver, a Heathkit VF-1 and a Johnson Matchbox tuner.  The equipment was given to me by my father after he upgraded his equipment. One of the photos has the old station in the background with my father (SK). 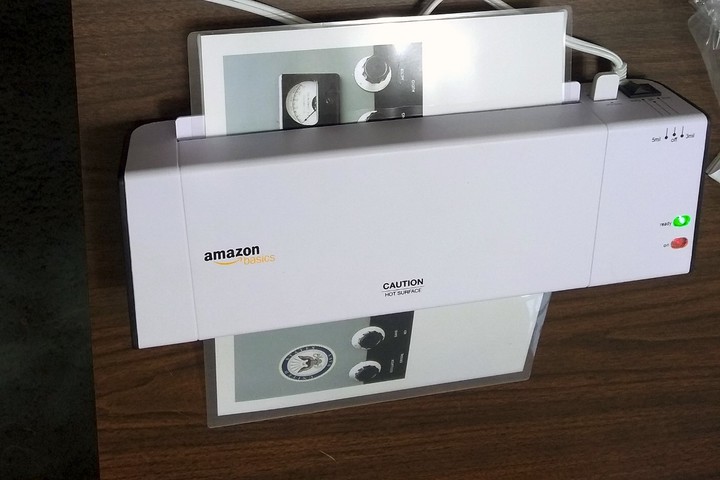 A reasonably straight-on photo of a Johnson Viking II was finally found by doing a Google search.  The photo was then cropped and edited in Photoshop.   It was then printed and finally laminated to protect the surface.  The case is a Harbor Freight plastic ammo box ($7) and the front panel is cut from a piece of Lexan.  The laminated photo is glued to front of the panel.   I had originally intended to glue the photograph to the bottom side of the Lexan - to help protect it, but I ended up changing out photos and the Lexan was marred by the glue.  Rather than cut a new piece of Lexan, I opted to place the photograph on the front.

In addition to the radio, the ammo box contains a sealed 7ah lead acid battery, which is connected to  the radio with a 2 way power switch.  "On" turns on the radio, and "Off" turns off the radio and enables the external charger  (when it is attached).

The extra potentiometer on the front panel is for a 386 audio amplifier that was added to drive a small speaker.   The large center knob was an eBay purchase - I received a package of 10 for about $12.  I had to cut away at one of the ribs on the ammo case cover to allow room for the knob.    Though not visible in the photos, 2 rubber feet were mounted under the front of the case.   The straight key is one of the 3D printed designs from CW Morse.  It has steel ball bearings and functions very well.

As I sit in front of this excellent modern transceiver in a vintage looking box - it brings back all kinds of warm nostalgic memories. 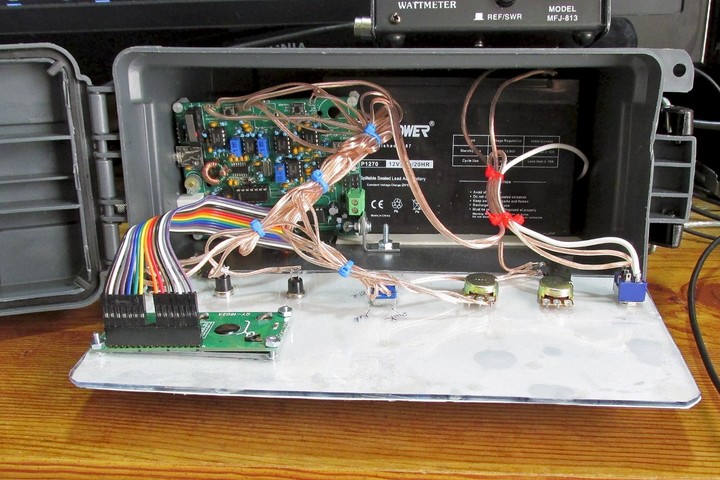 I like Jim's idea and am considering whether it's feasible to install the upcoming QSX into my Novice rig, a Ten Tec Century 21 - assuming I could find a broken one for less than the price of an aluminum housing. But another rig might more suitably match the number of controls and switches the QSX might have. 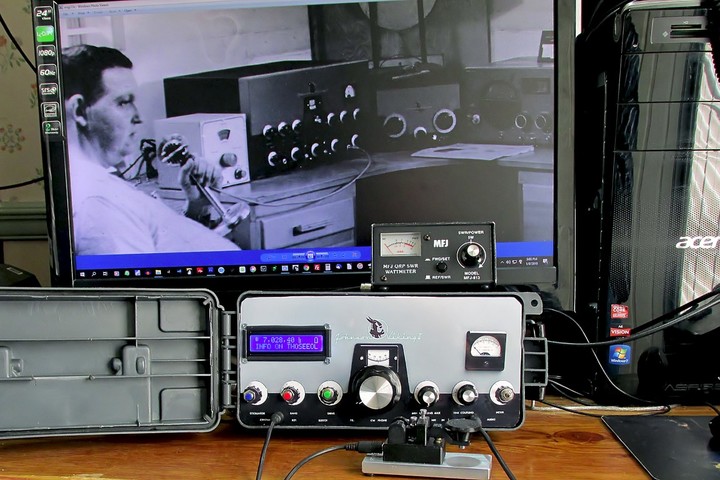 The advantage of Jim's method is that controls could be re-labeled in Photoshop to reflect those used by the modern rig installed into the old housing, ie the "PLATE LOAD" dial could be re-labeled as "KEYER SPEED" for example, preferably using the original font.
.
.
Posted by John AE5X John AE5X at 8:08:00 PM