Operating a business as if it were a hobby 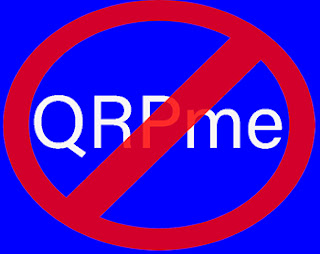 I very rarely (if ever?) have anything negative to post about the hobby or the people involved in it; therefore, this posting will be an exception to the norm.

It's an all-too-common occurrence that:

Someone buys something - it's almost always from a QRP vendor - and then becomes the recipient, not of what they ordered, but of poor service.

I was reminded of that most recently by this description of another ham's order placed with QRP Guys.

"I purchased one of their 40-15m EFHW tuner kits with an SWR bridge built in, attempted to assemble the kit, found incorrect and missing parts, contacted them (took a few tries) only to get a short email back saying something like, "We got your email and will get back to you."

Never heard from them again, and never received the correct parts.

But my own story is also recent:

In October I ordered a RockMite and Tuna Tin 2 from Rex W1REX of QRPMe. After eight days I had yet to receive acknowledgment of my order, so I emailed Rex. He replied that he'll get to it in a few days and that he has "other chores" to do.

A quick email saying, "I'm pretty backed-up at the moment but I've received your order and will get it out to you as soon as I'm caught up" would have gone a long way. But nada.

Eventually, one of the kits arrived missing a 20m crystal. So I emailed him again, this time to request a replacement, as he asks buyers to do in the instructions. No acknowledgement of that request either.

A week later I received the crystal and a handwritten note from Rex. He'd read my reporting of this on an eHam forum (here) and offered to "ease my pain" by providing a refund if I sent the kits back.

The kits were on their way back to Rex the very next day.

It's been two three four weeks now and still no refund. Fortunately, I paid through PayPal and will launch an official complaint through them.

I'm sorry to have ordered from QRPme. Lesson learned.

But, as I said - this is, oftentimes, par for the course - not just with QRPme and QRP Guys, but with others as well.

The standard refrain in defense of such (dis)service is, "We don't do this full time - we have jobs, family and a life outside of ham radio."

As if that's ample justification for being quick to accept money but slow to dispense what was paid for. If you're taking money, then your vendorship is also your job and should be treated accordingly. Anything less is disrespectful to your buyers. 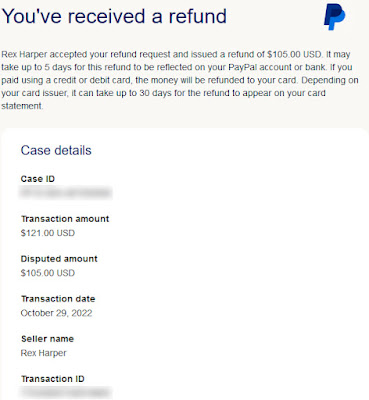 A PayPal dispute finally got the issue resolved on the order I placed in October.

Unable to be resolved person-person via email, the PP dispute made it happen in 3 hours.

I'm still out $16 for shipping but consider it money well-spent in learning who not to deal with in the future.