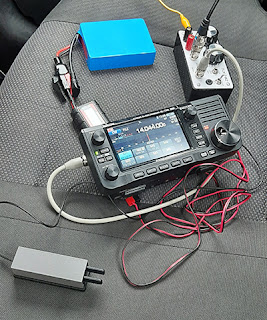 Then I called CQ POTA on 20m. Again and again. No hay nada. SWR was low, output was 10 watts. No one heard me and I couldn't hear a soul either.

QSY to 15m CW. There they are - a contest is in full force with many CW signals. I tuned up to 21.067, well above the contest activity, and called CQ again. For 30 minutes. Nada, otra vez.

Santiago: Que pasó? Me: No se. 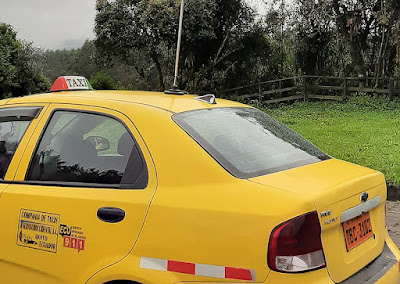 I ended up working a few South American contesters but heard no W/VE stations at all and I blame it on Pasachoa.

My original plan called for me to be above the main bulk of this mountain-shaped RF attenuator to my north - but from here in the parking lot, it's a W/VE signal blocker.

I had a Plan B for the day, but it was for photography, not radio.

So we dismantled everything and headed back toward Quito, stopping along the way near Patichubamba for a 3-mile hike along Rio Pito and its many waterfalls.

At the trailhead, I snapped a few photos of the signage and a little Incan girl wanted to see the result on the back of the camera. "Puedo ver?" Of course you can! "Como te llamas?" "Tica". Cute as a button, my wife and I wanted to adopt her on the spot but she was spoken for.

So onto the trail, with Santiago joining us. Dangerously-built foot bridges allowed us to cross various streams and rickety ladders allowed us down to the next sections of trail. My two compatriots were patient with me as I stopped repeatedly for photos - rushed photos, since I wasn't alone, but photos.

I won't have the chance to make another attempt at Cotopaxi - it remains unactivated.

But Cajas HC-0001 looms and we'll be in that park's vicinity later this week. Estoy esperando tener mas suerte. 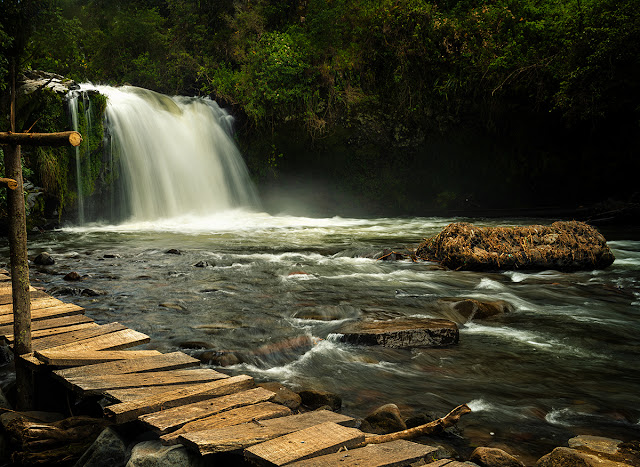 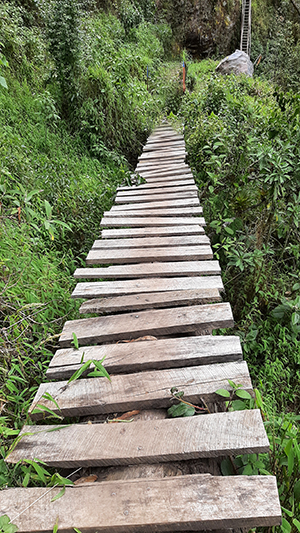 After arriving back at our Airbnb in Quito we walked to dinner, passed a young woman playing guitar and singing songs in English & Spanish. She took a break and we chatted a bit. Her name is Andrea and she has recently moved to Quito from Cuenca - our next destination.

And then she sang a Johnny Cash song just for me so I hit the record button on my phone's video app: