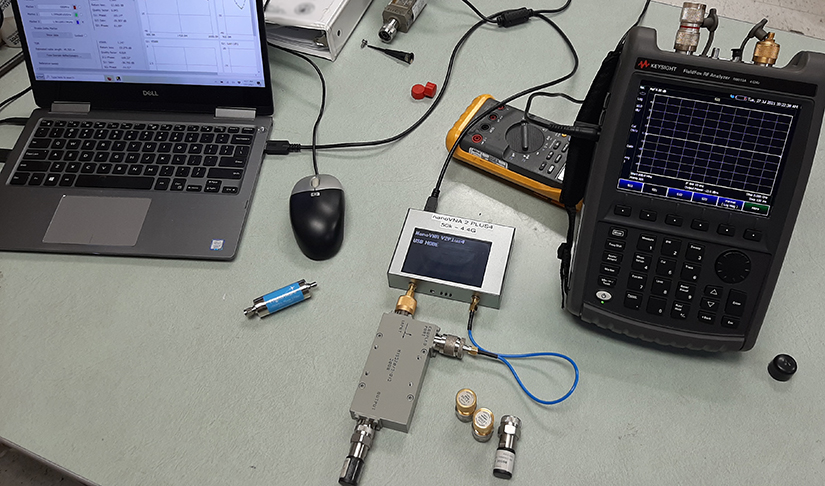 After a three week transit, my nanoVNA 2 Plus4 arrived in my mailbox. It was around $170 and I would not have spent that if the prior nanoVNA's hadn't given me the confidence to do so. But their performance has been incredibly accurate, so I ordered and had high expectations of the new VNA.

Today I finally had the opportunity to put the diminutive piece of test equipment on the bench to get a real idea of its performance.

The nanoVNA 2 Plus4 differs from the previous versions in several ways. It has:

The FieldFox at my work QTH also has an upper frequency limit of 4 GHz and was perfect for comparing the S21 performance of the nanoVNA. 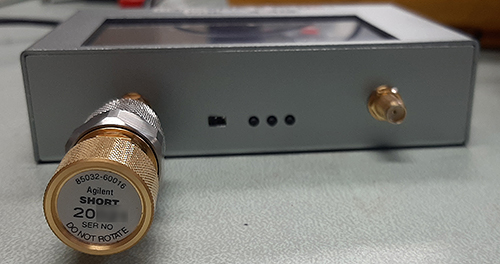 Prior to each measurement, I calibrated both VNA's for the specific frequency range to be tested. For both VNA's I used the Agilent SOLT standards for the first three comparisons, ie the Agilent standards were used to calibrate both the FieldFox and the nanoVNA.

The fourth measurement is actually a comparison of the calibration standards that come with the nano vs. the Keysight's. I wanted to know how much difference a cheap set of SMA standards makes at 4 GHz compared with the Agilent standards. Prepare to be surprised.

I used nanoVNA-Saver on my laptop to control the nanoVNA. This program makes it much easier to operate the nano, place cursors, read the data presented and capture screenshots. I calibrated the combination as suggested by the nanoVNA's designer: calibrate the VNA itself first, then calibrate via nanoVNA-Saver for the same frequency range.

I also calibrated the FieldFox for each range measured. FWIW, its cal routine is almost identical to the Cal Assistant in nanoVNA-Saver, prompting the user as to which termination to place before proceeding to the next step.

It was impossible to make the two set-ups identical due to the nano having SMA connectors and the FieldFox having N-connectors. Adapters were needed to measure each device with both VNA's.

First up was a directional coupler designed to provide a 30 dB-attenuated sample of an inputted RF signal in the range of 900 to 2000 MHz.

I terminated the coupler's output with a 50-ohm load, then made measurements with both VNA's: 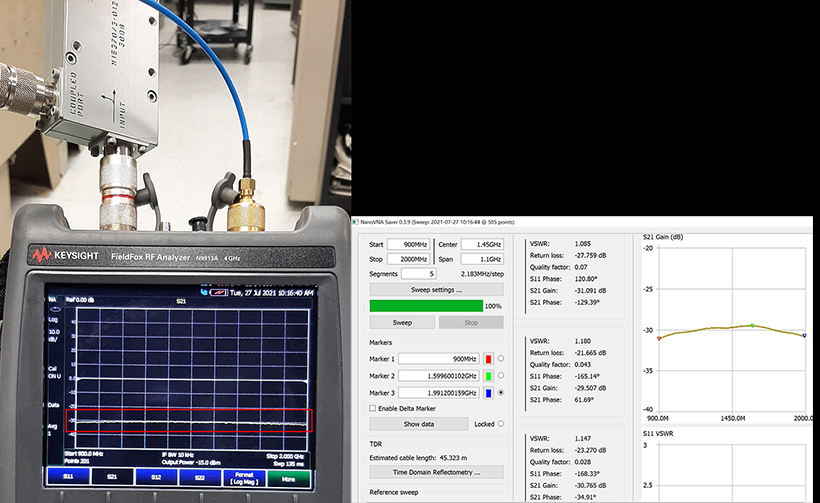 At first glance it appears that the trace presented by the FF is much flatter over its range than that of the nano. But take a look at the vertical axis of each graph and note that I had the FF's display adjusted for a more compressed scale (sorry about that). If the graph of the VNA-Saver's display were similarly compressed, its trace would appear much flatter than shown.

Both VNA's are within 1 dB of each other over the entire range of the coupler. 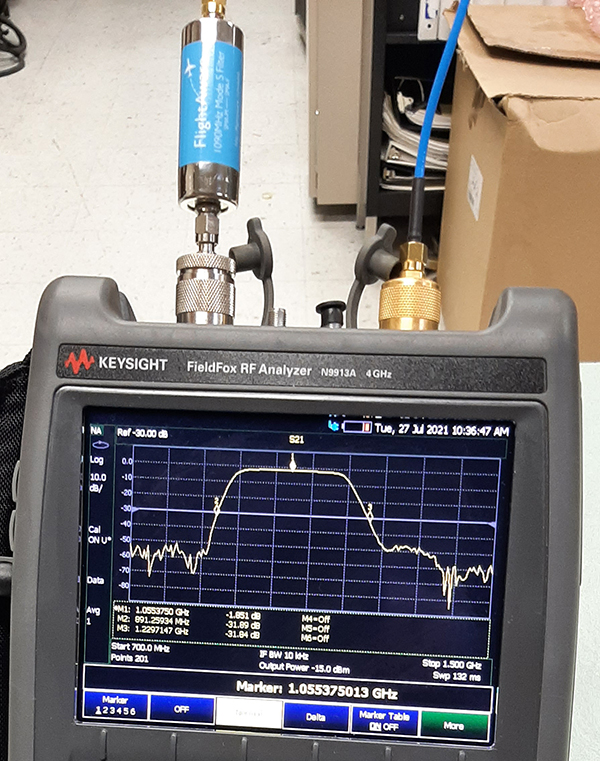 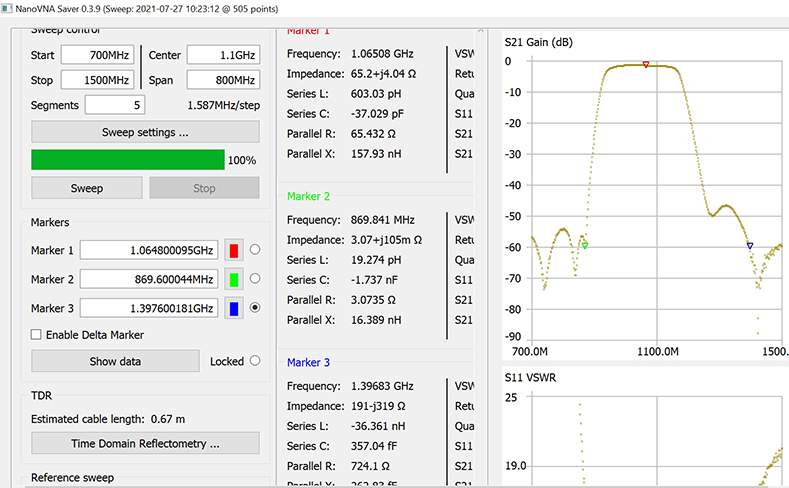 Next was a 25ft/7.6m length of Times Microwave RG-214 with N-connectors on each end. This simple test, with nothing more complex than coaxial cable, would speak volumes about the nano's ability to operate accurately at microwave frequencies.

I set up (and re-calibrated) both VNA's to measure the cable loss between 3.0 and 4.0 GHz and, not surprisingly, this is where the most significant difference existed between the two VNA's. But even at the upper limit of their frequency range, the biggest difference was only 1.4 dB. 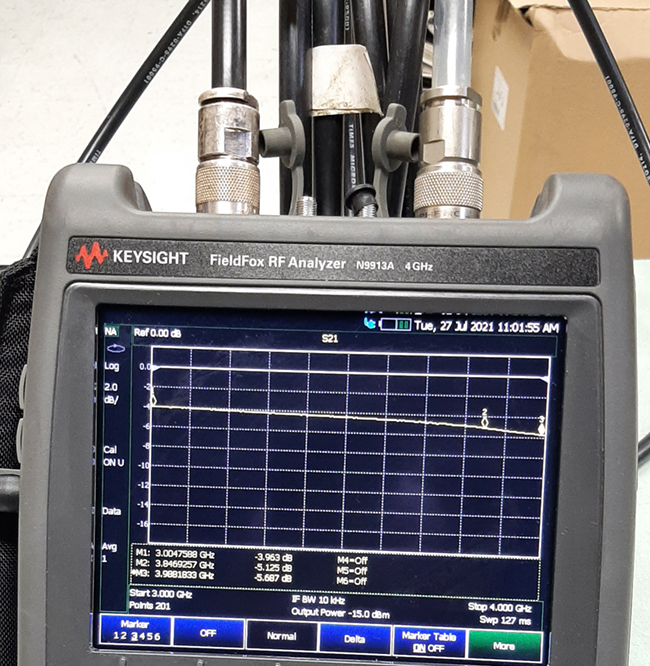 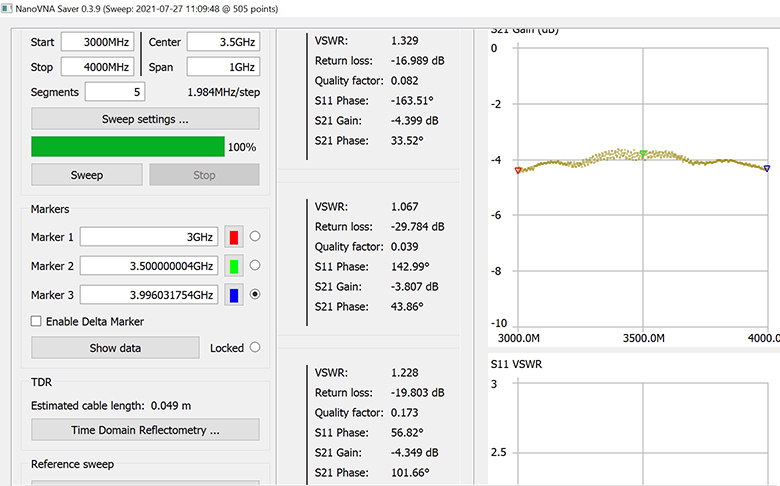 Finally I decided to use the nanoVNA to have another look at the RG-214 - but this time, I cleared the calibration files and then re-calibrated it with the SMA terminations that were included with it. Same cable, same nanoVNA, different calibration standards. 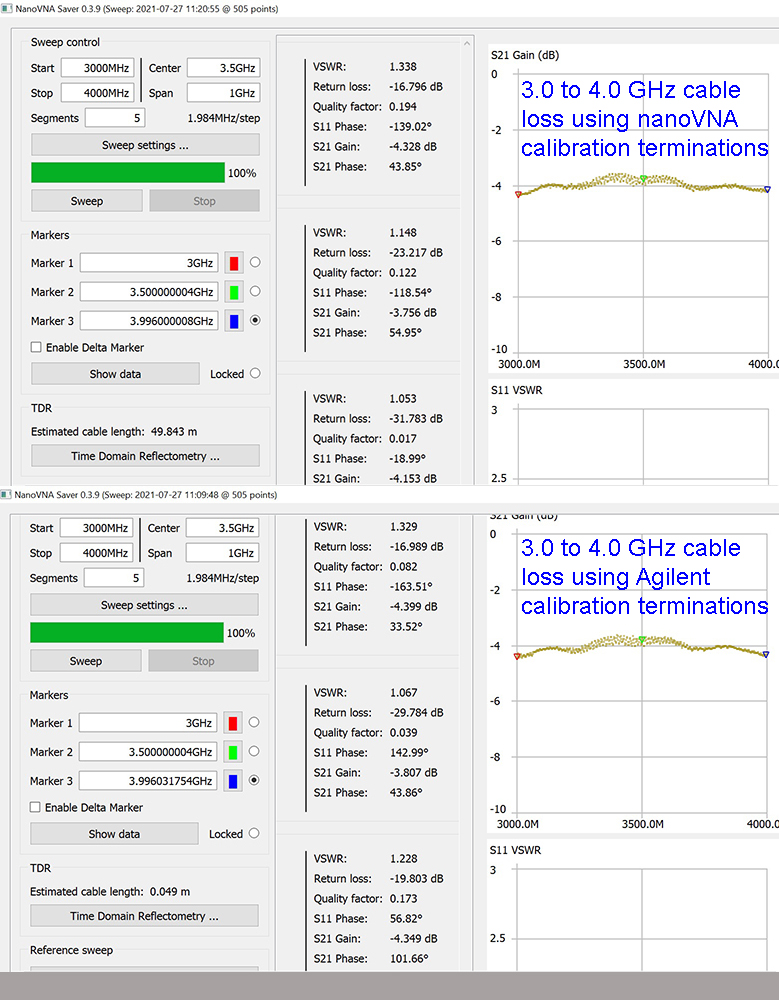 A 4 GHz FieldFox costs $12,000 - this does not include the calibration terminations - they're an additional $800. We have ours professionally calibrated every year in June - the one used for these comparisons was just calibrated.

The nanoVNA costs $160, includes three SMA terminations (SOL) and has no means of being internally calibrated.

How can anyone not be impressed by the close correlation of these two VNA's, especially given the huge price delta? No, I'm not getting paid to say that and am in no way affiliated with anyone having anything to do with nanoVNA sales, development or anything else.

To be fair, the FieldFox is more than a VNA - for starters, it can measure all four S-parameters whereas the nanoVNA's only measure two. Luckily for us hams, the two parameters measured are (by far) the most useful ones.

When I retire, I'll lose access to all this high-dollar stuff that I've grown accustomed to over the years. It's nice to know that affordable test equipment is every bit as accurate in terms of S11 and S21 measurements all the way up to its advertised frequency limit.