Replacing the VFO encoder (E4) in my mcHF

I've never been a fan of detents used in the tuning encoders of some QRP rigs and this characteristic was one of two annoyances of my mcHF transceiver. The recently installed internal autotuner took care of the main concern - now on to the encoder. 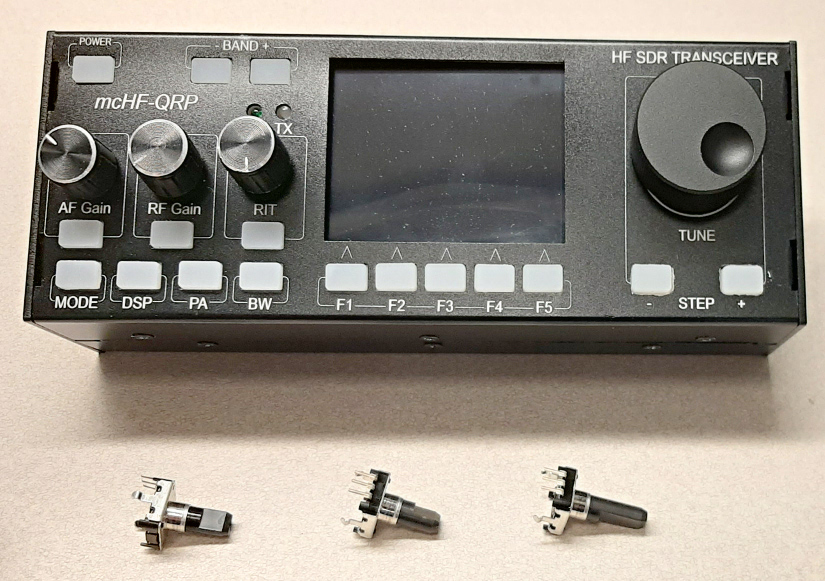 It turns out that all four encoders used in the mcHF are of the same exact part number. But what works well for the first three functions isn't (IMO) necessarily good for VFO functionality.

Looking up the stock encoder on Mouser reveals a list of similar parts of the same brand, size and pinout. The  differences among them are shaft length, detent or no detent, and torque required to turn the shaft.

Each part is only $1.60 so it was an easy decision to order three encoders, each with differing torque characteristics or shaft lengths but with no detents.

The concept of "torque" when applied to such a small part struck me as funny but, in hindsight, I'm 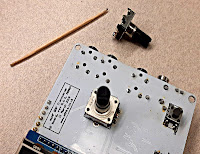 glad to have ordered all three since there is so much tactile difference between them.

It's hard to imagine from the stated torque value (milliNewtons per meter) what it would feel like to actually rotate the control.

It turns out that EC12E24104A6 works best for me. It turns easily but will not spin freely when given a "flick". It seems to very closely resemble the tuning of my old KX2.

The other two encoders were resistant enough to being turned that I didn't even consider them for a second.

Removal of the original and installation of the new encoder was an easy 10 minute job with flush cutters, toothpicks and soldering iron and the end result is a big improvement. The mcHF now seems more like a real radio. While on the bench I also updated the rig to the latest firmware.
.
.
Posted by John AE5X John AE5X at 4:02:00 PM