Video: Drone antenna-hanging and RGO One at KFF-3028 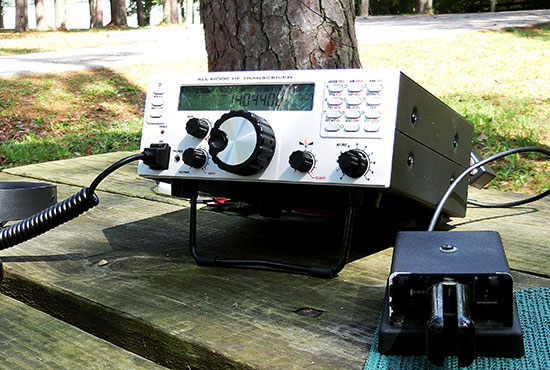 The first was a new servo mechanism for my DJI Phantom quadcopter. What an improvement over what I'd been using - it is smaller, lighter, cheaper and self-contained. For $27 I now have something easier to use, and therefore more effective, than the old method.

Part of any reluctance I may have to operate portable is the fact that I will have to make do with a compromise antenna - a dipole too low, a vertical to short, etc. But now there is no reason a full size vertical for 80 or even 160 meters can't be installed as long as we have the trees for it - and here, we do. Or a dipole 100 or more feet up, limited only by the amount of feedline you want to deal with.


A park ranger came by as I was setting up the quadcopter and said "You can't fly that around the park." I told her how beautiful, yet professional, she looked in her uniform and that it wasn't a quadcopter but an antenna-hangin' tool.

Seriously though, after explaining what I was doing, permission was granted.

The second piece of equipment was the RGO One transceiver. It was noticeably easier making phone contacts with 50 watts than with QRP power. The PAR antenna I was using states a 25-watt limit and I observed that limit - at first. Curiosity got the better of me and I gradually inched upped to 50 watts, about 10 watts at a time. No ill effects at all.

I didn't make a lot of contacts (30) but I did have some good ones:


After 2-1/2 hours I'd used 5.5AH of juice from the battery - less than I would have thought given my output power.

Most of my contacts were on CW although the following video is mostly of contacts made on phone. If I worked you, thanks, danke and arrigato for making my outting enjoyable. If not - no soup for you. 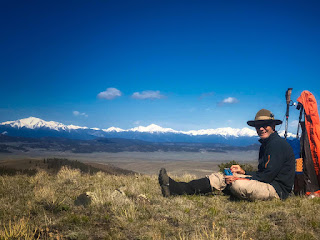 Steve WG0AT just emailed a pic of where he was operating during our QSO along with an MP3 of my audio. Check out that scenery...and I don't mean the foreground!

I regret not being able to record every QSO, Steve being one of those contacts I missed with the phone's videocam function. Next time, Steve - thanks for the files and 73!
.
.
Posted by John AE5X John AE5X at 12:56:00 PM