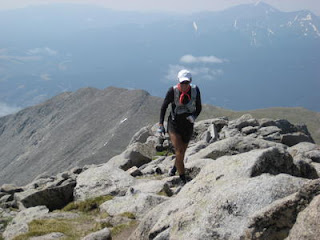 The rumor was that Fred KT5X has worked all continents on 160 meters with 5 watts.

Not from a coastal QTH, but from landlocked New Mexico.

I’ve worked a handful of QRP DX on 80 meters and a bit of QRO DX on 160 meters so I know how difficult they each can be. But both handicaps, simultaneously?

We exchanged a few emails & CW QSO’s and Fred gave me the details and permission to post here.

Yes, I worked WAC, QRP, from NM on 160 mtrs. It wasn’t easy, took years and there are lots of stories in it. Note that while my call sign is KT5X, I am trustee for QRP club call sign W5YA. I use this call sign ONLY when I am QRP. If I get a QSL card to W5YA I can know it is a QRP card. We also use it field day. We won Class B six times, Class 1AB twice and last year we won 3AB, and placed fourteenth in the nation overall ;-)

QRP WAC on 160 mtrs … QTH – High on a hill, low horizon all directions. Antenna is a 50 foot folded unipole on 160. The rig for this was an Elecraft K2 which dials down to 5 watts quite accurately.

North America: Goes without saying. In fact, one year in the ARRL 160 Meter contest I worked all states in one night, QRP.

Oceania: This is easy from here as Hawaii is a short hop across the ocean. Actually, though, I have also worked Norfolk Island, Campbell Island, Pitcairn – all QRP.

Africa: This is the QSO that started it. I think it was year 2000. I got up before dawn during the ARRL DX Contest, and was hearing CN8WW, very loud. I think it may have been his dawn. I had already worked him QRO. He was so strong I got to wondering, I wonder if he can hear me QRP? So I dialed my K2 power down to five watts and let fly. He came right back!

That’s three. Now, I was interested in the quest. Europe from here, though, probably impossible. I never but barely hear Europeans from my modest station

South America: Actually, working HC8N was easy but I like the QSO with Easter Island. A German group was doing a DX-pedition there with an emphasis on 160 meters. I listened to them and listened to a huge North American pile-up. I just listened. I have learned that many of the stations I hear in the pile-up are not being heard at the far end. They radiate straight up. They are noisy here, lots of watts, but not necessarily going anywhere. I focused on the Easter Island station. It was fading up and down from S-1 to S-4.

I almost fell out of my chair!

He says, “Check our website in the morning for a note, nw QRZ.”

Next morning on their main page is, “NOTE for W5YA/QRP” I follow the link and it says; “The CN8WW team gave us a luncheon before we left Germany. The main speaker got up and cajoled us that if we did our work well, made the direction of our beverages just right, then something like this may happen; and he takes out of his pocket and holds up, MY QSL card, W5YA/QRP. Please send two QSL cards, one for us, and one for the op himself as a souvenir. We will give the CN8WW team a luncheon upon our return, and I want to hold up your card!”

Europe: I held no hope for Europe. Then one late September day very near equinox, I saw a spot for R1FJL. he was being heard in VO1-land. I wondered, is that Europe. I got out the map, and son-of-a-gun, it is not only Europe, but the single closest Europe. then I looked at the greyline map. The terminator was going to just sit on him for hours! That could be interesting.

So I just listened on frequency. I saw spots into VE2 then into W9 then W0-MN. Now I could hear him sometimes. Another hour listening and he was getting very copiable.

Then, like the night I worked Easter Island, his signal just kept rising. When it hit about S-7 I gave him a call. POW, he came right back, no errors, just in the log!!! (I never did get a QSL reply from this QSO, but since there is no offical “award” for it, and even that my power level was five watts is, on my honor, who cares. I worked him!

Five. With Europe in the log, that left only Asia.

Asia: Asia may be far, but there are many opportunities from here. I can hear Japan often right at dawn, and I knew that sooner or later one would hear me. I decided that the most likely time would be in the ARRL DX test when the Japanese contest stations would likely have Beverages out. So during the DX Test, I forget now, maybe 2006, I was up on Sunday dawn (when they wouldn’t be getting too much business being the second day).

I could hear LOTS of them, and they were loud, QRO, no doubt. I called one. He came right back. I called another. That’s two, and another, three, and yet one more, worked four JA’s, QRP, in the course of ten minutes! I looked them up, and I found e-mails for three of them, and sent them e-mails informing them that I was QRP, and their QSO completed the first ever WAC QRP on 160 meters.

One of them wrote back, and he included a MP3 file of my QRP signals in northern Japan!!!
So that’s my story! And I’m stickin’ to it ;-)