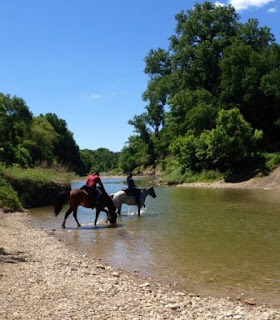 Although the infrastructure is not yet in place for public use, the property for Davis Hill State Park is currently owned by the Texas Parks and Wildlife Department. That qualifies it as a POTA candidate as it is listed as such on official POTA and WWFF websites.

Since the park property is not yet open to the public, WFF/POTA rules prohibit any contacts from there as being valid unless specific permission is obtained from official sources. That official source was Justin Rhodes, Director of Parks for southeast Texas.

We had an interesting phone conversation, discussing access, easements and other issues with opening this area to the public. That conversation ended with an official "I have no problem with you operating there".


The property is an extremely wooded area that sits along the sandy banks of the Trinity River and consists of a few gravel roads and numerous trails leading to various parts of the river.


I operated from KFF-3496 this morning for about two hours - its first activation. Unlike most of my previous POTA activations this was QRO (100 watts) with the FT-891. The antenna used was the 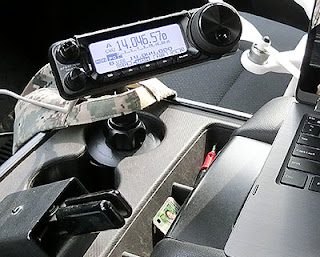 MFJ-1979 mast mounted onto a Wolf River coil with a few radials strewn about. The antenna/coil were mounted to the bed of my truck.

Interestingly, I made fewer DX contacts than I did from another park a few days ago with the KX2 at 10 watts. I chalk it up to poorer conditions but I do prefer the KX2 to the FT-891 when making CW contacts. The FT-891 is clumsy to operate when one desires to quickly switch between modes and therefore different parts of a band.

Regardless, several contacts were easily made with European stations and sometimes they were louder than the US stations that were calling. 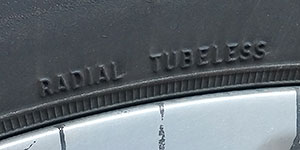 I've often been surprised at the DX I've been able to work while mobile, even at QRP power levels, and I think I've now discovered the reason for this success. A close inspection of my truck, a 2014 Chevy, reveals that the dealership where I bought it evidently knew of my radio interests and that I would likely use the truck to pursue those interests with a vertically polarized antenna.

At each corner of my truck, the dealer has installed rubberized circular radials. I've used linear radials before, made of copper wire, and I still use them to supplement these toroidal steel belted "tubeless radials". The combination explains the DX-capability of this set-up. Thank you, Chevrolet. ;-)