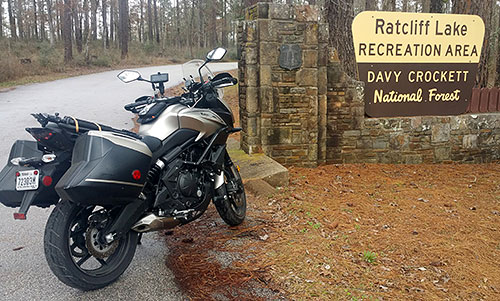 Yesterday was tailor made for outdoor QRP and motorcycling - partly sunny and 75F (23C). I had been wanting to try an antenna idea suggested to me by W0ZF in a previous comment and am happy to report that it worked quite well.

The antenna was simply a 29-foot wire (hurled into a tree thanks to the amazing powers of nylon-corded Gatorade) and a single 29-foot radial. The KX2 was able to tune it on all bands 10-40m though all contacts were made on 20m for this activation.

The band was in great shape and I easily worked stations around NA as well as in Belgium, Finland and the Cayman Islands from my lakeside picnic table. 25 contacts in all (24 on CW; 1 on phone) in only 35 minutes of operating time.

The KX2's amp-hour meter indicated that only 325 mAH of its 2600 mAH capacity had been consumed. I could have operated for hours - my spare battery was a needless addition to the pack. Output power was set to 10 watts.

I'm hoping to take this same set-up on a motorcycle excursion to West Texas in a few weeks, specifically the area between Del Rio and Presidio TX, along the Devil and Pecos Rivers. Got some things out there I want to see and explore with the camera - and hopefully time/energy for a POTA activation or two while I'm there. 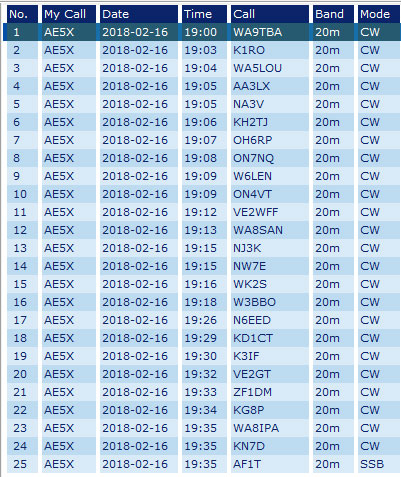