Via a path roughly paralleling the gray line, ZL2AFP was able to decode my 2-watt ERP (45 watts from transverter into Marconi T) WSPR transmission. This marks the first time my meager signal has been decoded further than Hawaii. 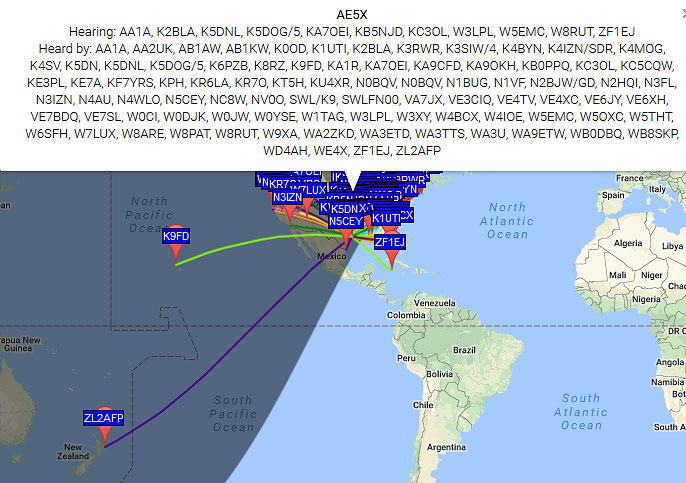 While this surprised me quite a bit - I wasn't expecting to ever be decoded by a station so far away until I improved my antenna's ground system - what really amazes me is that ZL2AFP has only copied two stations in NA on 630m in the past 24 hours - and I was one of them.


There are numerous other stations in NA with much better antennas and higher ERP outputs than me, yet they weren't copied and I was. Is this an example of "spotlight propagation" I've frequently heard mentioned?