Surgery on the Ultimate 3S

Up to now I've used only one transistor and 5 volts. This gives me a maximum of 200 mW RF output on 14 MHz and below - slightly lower at higher frequencies.

A few weeks ago I added the other two transistors and a DC-DC converter that provides 9VDC to them. Upon powering the U3S back up after the modifications I quickly realized that I'd forgotten to lower the bias voltage to minimum in preparation to adjust it to a new value. I was pleased to see about 2-1/2 watts of RF output - for about 2 seconds.

The RF output then went to zero and I said a few words not meant for fragile ears.

Since I now had to replace three transistors I decided that it was also a good time to relocate the trimmer pot that adjusts the bias. With the optional relay board installed, accessing that particular (and only) adjustment is impossible. The always-faithful Mouser and UPS had the parts on my doorstep two days later.

If you've never had to remove small parts from a circuit board and insert new ones in their place then read on - I'm an old hand at it and have, through trial and error, arrived at the easiest method. All it requires is small diagonal cutters, a soldering iron, hemostats and toothpicks: 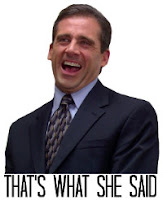 required and there is far less chance of lifting the trace from the circuit board as might occur if you tinker with replacing or substituting parts frequently. Make sure the toothpick has a small enough diameter to go through the hole.

Three brand-spanking new BS170's were then easily installed and then I used the same technique to remove the trimmer pot next to them. In its place I soldered three short wires and ran them to an unused hole on the front panel of the U3S where a new 4.7k pot was waiting patiently for them.

I can now easily adjust the pot without opening the case.

have you checked the TX spectrum after powering the U3S with a SMPS?
I had bad experience with these power supplies.

No I hadn't thought the spectrum would be affected. I'll bring the U3S into work later in the week and check it with and without the 9v on the PA. Thanks for the advice.