Down on the Rio Grande (at NPOTA RC01) 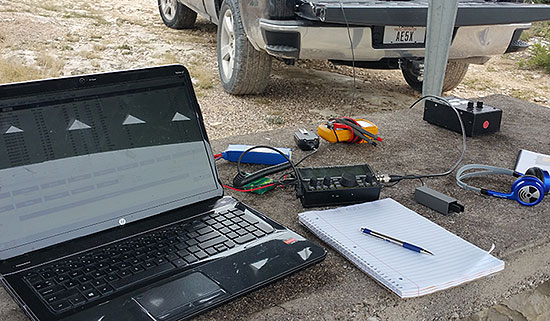 Amistad National Recreation Area (NPOTA RC01) is sufficiently rare to have induced several NPOTA chasers to email  me when I temporarily cancelled my planned activation. The reason for the cancellation got resolved and my announcement that it would occur after all generated a few more emails from some of the "worked well more than 400 NPOTA's" chasers.

Upon leaving RC01 for the long drive home, I was happy to have worked all those who emailed me plus about a hundred others.

I left Houston (Kingwood) at 3:30am Sunday morning and made my first QSO from the swollen part of the Rio Grande, known as Lake Amistad, with K5RK at 11:08am. K5RK leads the pack with 459 NPOTA's worked. 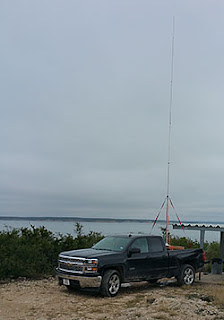 being called by ON7NQ. KQ6QB gave me a park-to-park contact as well. I went to 10 meters occasionally to see how the contest was going and never heard a single station though fellow blogger Bas PE4BAS was able to work a good amount of DX.

I won't mention any callsigns, but I believe several ops called me on CW who.....let me put this as tactfully as I can - aren't necessarily active on that mode. But they wanted the NPOTA and worked me on the mode in use at the time. I appreciate their dedication and hope they'll continue to see the benefit of CW in the future.

The KX2 did well on both phone and CW, batteries were tested, the drone was flown, Spanish was spoken, Mexican food was eaten and Memory Lane was visited. I considered flying my drone over the Rio Grande into Mexican airspace but decided that such a stunt would be both foolish and childish.

Or maybe I did fly it over Ciudad Acuña but the questionable legality of such an operation precludes me from admitting to it here, though a close inspection of my drone's onboard video capture reveals an interesting and eye-catching cathedral. Me imagino que nunca lo sabremos.....

Hi John,
What sort of radials are you using with this vertical?
Saw your earlier post on this antenna and was curious about that aspect. Would like to try something similar for temporary use on 40m.

Hi Steven - I just used three 33-foot radials laid out on the ground and tied off to shrubs/rocks at the ends. This is 1/4-wavelength on 40m but I never bothered with adjusting the length of them when I went to higher bands.