Video: The KX2 as a SWL radio 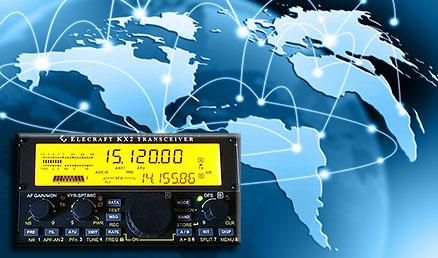 UPDATE: The beta firmware for adding AM capability to the KX2 is now available for download here.
.

My lowband antenna is down (until October) for the summer thunderstorm season so the following recordings were made using my Force 12 C3E on August 29 and 30.

Before getting my ham ticket, I was a SWL and am very happy that AM capability has been added to the KX2, making a fantastic radio even better. I have no interest in operating AM on the ham bands and have not tested the transmitting capability of the KX2 on AM.

I have also not compared AM shortwave reception of the KX2 with that of a dedicated SWL receiver. If I did, I imagine I might notice slightly less sensitivity of the KX2 as I tune further and further from the nearest ham band due to the KX2 filter optimization for the ham bands. Rather than an A/B comparison, I plan to take the KX2 to my work QTH and measure just how much attenuation occurs on various bands as one tunes away from the ham band nearest that SW band.

We have a very powerful AM broadcast station near my QTH on 740 kHz. I was not able to receive it at all with the KX2. Unlike some, I see this as beneficial - it tells me the 80m filters (the KX2 doesn't operate on 160m) are doing what they were designed to do.

For the following video, I tuned to the nearest ham band and activated the tuner. Then I tuned to the commercial SW band and tuned around at the maximum bandwidth of 5 kHz. Perhaps in the future, Elecraft will write firmware to allow 8-10 kHz of receive bandwidth in the AM mode. Stronger stations on uncrowded bands would sound a bit better at a wider BW. Stations were identified either by listening to an announcement or by this excellent website.

Pretty fun! Memories of my novice days in 60's listening and being blown away by how far away the signals could travel!

Synchronous AM detection is supposed to be somewhere on "the list" for the KX3. That would probably make it to the KX2 as well.

I still prefer my Lowe HF-150 Europa for SWL, but I haven't done an intensive A/B test with the KX3.

Yes, even with the internet, I still allow myself to be amazed by the concept of wireless communications to other continents.

I remember when Sony came out with the IC-2010 and its synchronous detection capability. After listening to it, it became a "must have" for many SWLers. I hope it does eventually migrate to the KX2.

Great video John. I love my KX2 and now I'll love it even more. I started by listening to all the old SW Broadcasts and it still is fun.

Hope all is well,

I enjoy using the KX2 very much, its about the best you get, like others I started as a SWL then moved to building TRF receivers and modification of ex PMR for 2 and 70 cems...happy days 73 John G4YDM