Building the 10W amp kit from QRPLabs - and the results

This was not a beginner's kit - there aren't many components but they are close together and there are several transformers to wind and install. Bi-filar windings on small cores made the assembly several orders of difficulty beyond that of most other kits.

But the 10W HF Linear Power Amp from QRP Labs is now finished and works FB.

Hans gives numerous tips, illustrations and photos to help ensure successful winding and installation of the cores. They are all helpful, especially the one of using a toothpick to compress the windings internally in the binocular core in order to be able to fit the latter windings onto it.

Good lighting is very important to the build of this kit. Two of the tiny binocular cores have both a bifilar winding and a single-wire winding. This makes for six hair-thin wires that then have to be identified (with an ohmmeter) and then guided into the proper holes on the circuit board. If I had it to do over again, I would use wires of differing colors to make the three windings in these cores.

So, what are the results?

I bought the amp to provide a bit of a boost to the Ultimate 3S when used on 6-meter WSPR. Although the amp is for HF bands, the specs mention only 3dB less output on 6 meters. So 5 watts out on that band. But I also want to use it on 40m if approved for an experimental license on 40.6 MHz.

Not yet having low-pass filters for those bands, my initial test of this amp was on 10 meters with the U3S.

First, I needed to set the bias. Current draw with no RF applied and with the Key line unkeyed was 193mA. I adjusted each pot for a 125mA increase, resulting in an unkeyed current draw for the amp of 443 mA. I was able to set the pots to exactly that amount quite easily.

I then turned the output on the U3S down to 25mW, placed the amp inline with a QRP wattmeter and dummy load on the output. Keying the U3S produced almost 3 watts out.

I was happy at this point because it proved that I'd wound the coils correctly and had attached the windings to their proper points. I'd had a few doubts.....!

Increasing the U3S' output produced a peak output from the amplifier of 5 watts. This occurred with the U3S producing 80mW, so a gain of 18 dB with a 13.8V power supply. I may be able to increase this with heavier gauge wire providing DC. I used what was handy at the time and really need to replace what's on there now with something heavier. 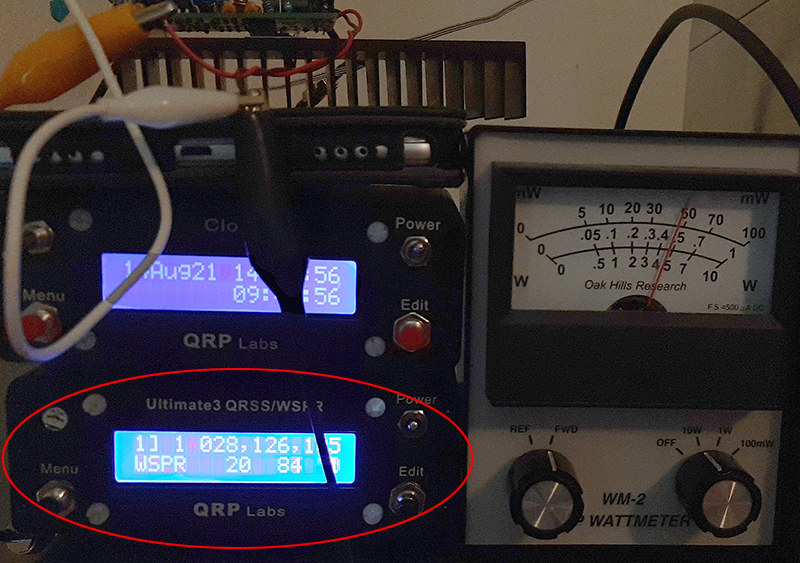 After a 2-minute WSPR cycle, the temperature of the heat sink (near the final transistors) was 156F/69C. I'd thought the size of the heatsink was overkill but that's not the case. The instructions don't mention the use of heatsink thermal grease, and I didn't use any, but I think I will disassemble that portion of the amp and add a bit. 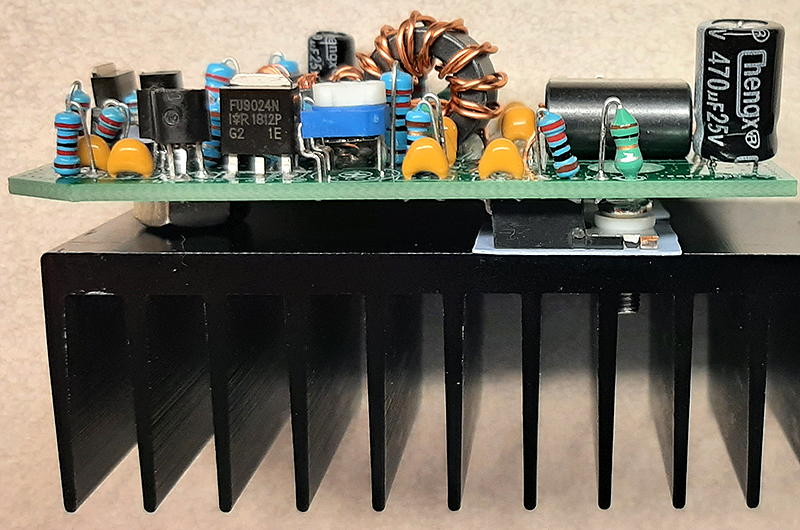 Nice looking kit John. And it works and that proves you did a good job. Have fun with it. 73, Bas

Tnx Bas, hoping to have it WSPRing into an antenna soon, after I get a LP filter built for it.

I just received one, but haven't got around to using it to check out the LP filters I built for my U3S, yet.

Be aware, that the one Lex has for the NanoVNA H4, even though he says it fits the connector spacing on the NanoVNA exactly, I did measure mine (as he advises) and found that it didn't match, so I ordered the adapter with female SMAs on it so I could use the M-M SMA cables that came with the H4 to attach it.

No I hadn't seen this, Dave. I built something similar (and not as refined) to test my collection of QRPLabs filters here:
http://ae5x.blogspot.com/2019/10/some-surprising-results-with-lp-filters.html

I like that Lex adds the SMA "grips" to the kit and that it allows for convenient VNA calbration while connected to the VNA.

I've added SMA connectors to my amp and will be testing it 6/10 meters soon - but for the moment I'm using the U3S to test my new loop antenna.