Although I had the tinySA on hand when I made the spectrum test yesterday on the mcHF transceiver, I hadn't yet used it enough to know whether or not to trust it. So I took the mcHF to work and used our recently calibrated HP-8563A to look at the mcHF's output on all bands.

With screenshots on the rig's spectral output on all nine bands now available I decided to make the same measurements with the tinySA to see how they compared.

I don't really like using either the tinySA or the nanoVNA as stand-alone units, preferring instead to run them from my laptop with the available programs. For the tinySA, this is tinySA-APP which is constantly being updated and improved.

Over all nine bands, the largest deviation was 1.2dB. It's entirely possible that two measurements from the HP, taken on different days, would show this amount of deviation. The smallest was 0.7dB.

Here is a comparison between the two analyzers with the radio on 80 meters showing 1 dB difference between them when measuring the first harmonic as compared to the fundamental: 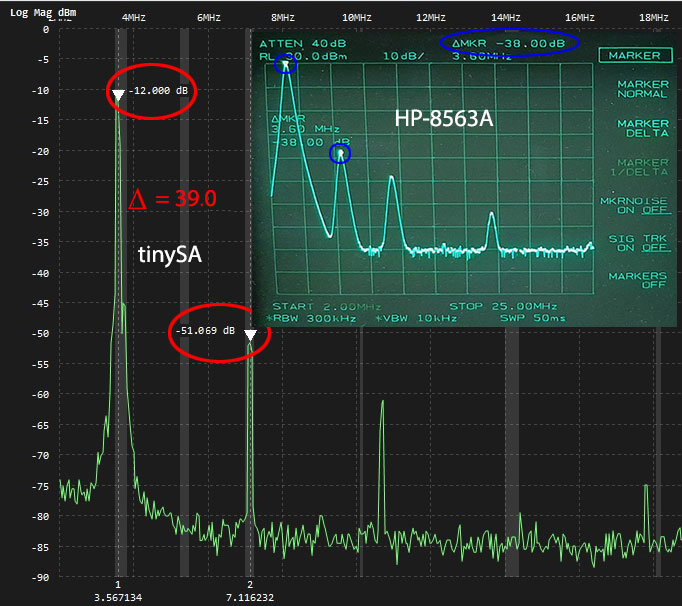 If you have a tinySA or are considering one, a collection of attenuators or a step attenuator is essential. Several descriptive and instructional videos on the tinySA can be found here.