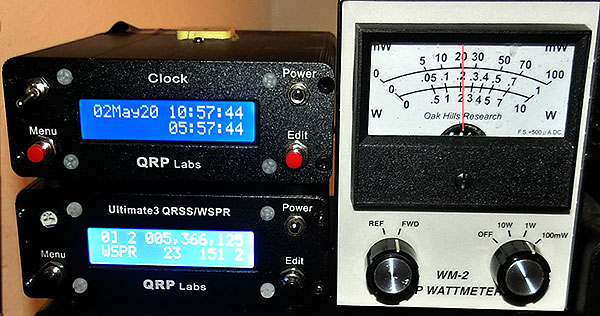 Recent comparative tests by Bas PE4BAS on his two antennas for 60 meters had me wondering how my dipole might perform as a transmitting antenna on that band.

As a 60m WSPR receive station, I was able to copy PE4BAS four times during an overnight listening session. What surprised me was not that I was able to copy him, but that this was the only station I received out of several dozen other EU stations that were on the air that evening.

I plan to set up to receive 60m WSPR overnight for the rest of the week and see what EU stations I'm able to copy...

...but last night I wanted to test the antenna for transmitting on that band and I woke up this morning quite happy that it is operating as efficiently as it does on 40 and 80 meters.

The antenna is an 80m dipole (fed with ladder line for all-band capability) between two trees. The trees are only 90' (27m) apart, therefore each end of the dipole bends downward for about 22' (6m). The horizontal part of the dipole is 110' (32m) high and is broadside to EU and ZL.

I'll have to look at an EZNEC model of the antenna to see where the lobes are when operated on 60m.

The transmitter was my Ultimate 3S with an output of 200mW. 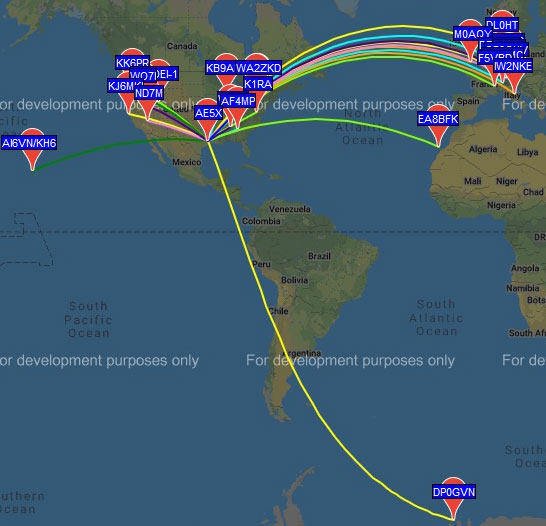