The 4th Group (of 6) of the assembly procedure of my Phaser 40 has now been completed and the test for that group is to see if FT8 stations can be received. As can be seen, they are.

It took about 2 hours to get to this point; sooner than I would have thought and that is due entirely to the way the parts are labeled and arranged for this kit. I tested each group after completion and there were no issues at all.

I still have the transmitter and T/R switching components to install - that will be on Sunday.

So far, I'm a happy camper.

Although it's a bit too early to mention this yet, I have plans to substitute parts that will allow this kit to operate on 60 meters - but only after successful 40m operation. 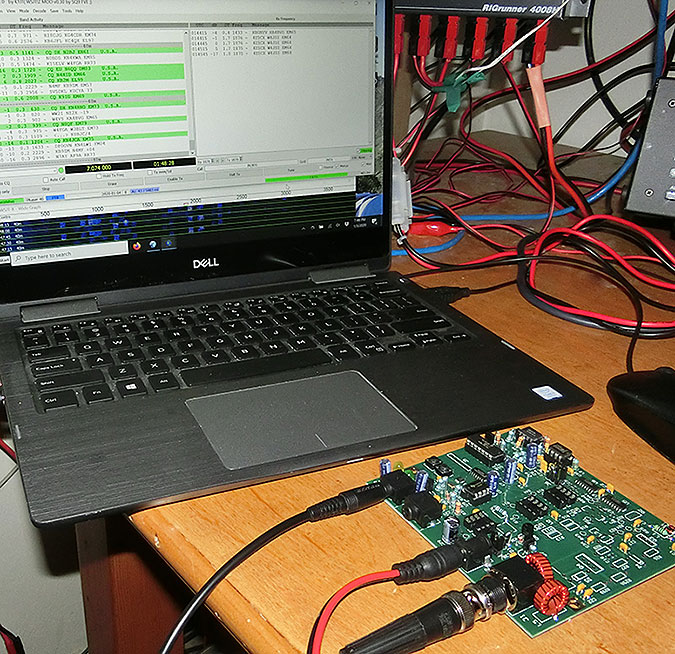