I had hoped for this to be a video rather than a write-up but glare from a very sunny day in an open area made the footage into something I wouldn't want to inflict on anyone kind enough to give their time to the viewing. 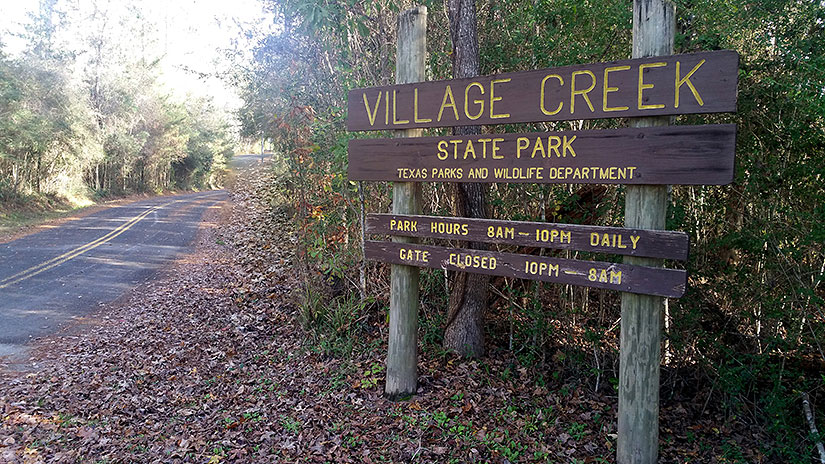 In summary: the mcHF was a pleasure to use for this purpose.

The first day of December offered a very cool and sunny morning - the kind where you want to be outside. The truck was pre-packed the night before and a hot cup of coffee prepped me for the hour-long drive to a park I'd never visited.

There is always some question as to what antenna might be best for an unknown location. If I'd known before that tall trees were available near a picnic table, I would have taken an inverted V. But, not knowing that, I took a 30-foot telescoping aluminum mast, a brace to support it in the truck bed and enough wire for two 40m radials. 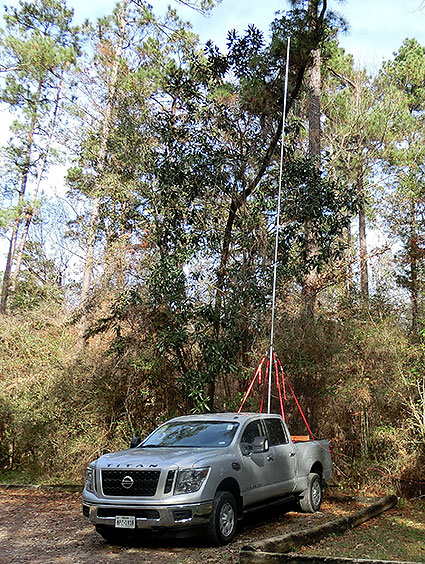 I also brought a small step ladder to allow me to reach the top of the mast's lower section to adjust the hose clamps that secure each subsequent section. The mast is held in place with 4 ratcheting straps anchored to the corners of the truck bed. Even at full extension, it is very stable. It is also easier to set up than you might think and was in place, extended and ready to operate, within 15 minutes of my arrival.

The mcHF and Hardrock 50 were powered from my travel trailer's deep cycle battery (it needed the exercise).

In the past, with rigs not having an antenna tuner built in, I had to painstakingly adjust the mast's height for minimum SWR on the chosen band. This back-and-forth added a lot of time to band changes. Thanks to the Hardrock 50's autotuner, I only did a rough adjustment to the mast's height and let the tuner do the rest. The mast is marked though, so I was usually pretty close, eyeballing it.

Despite a CW contest, the bulk of my contacts were on 20 meters with no contest QRM at all. Although I was prepared to switch to FT8 if the CW contacts petered out, this was not necessary - there were plenty of CW callers from start to finish. A lot of the calls were familiar from prior activations and I thank them for making my trip worthwhile.

Back in the day, you could take a rig to the great outdoors and be assured of having lots of stations to talk to...but without the parks program(s), I doubt that would be the case anymore. Recent  and previously popular outdoor QRP events are proof of that - they are poorly attended.

No picnic table was nearby so I was using the tailgate as my operating desk and being rewarded with both on-the-air contacts and a few visitors (RV campers in the park) who stopped by on their morning walk to see what the heck they were hearing. 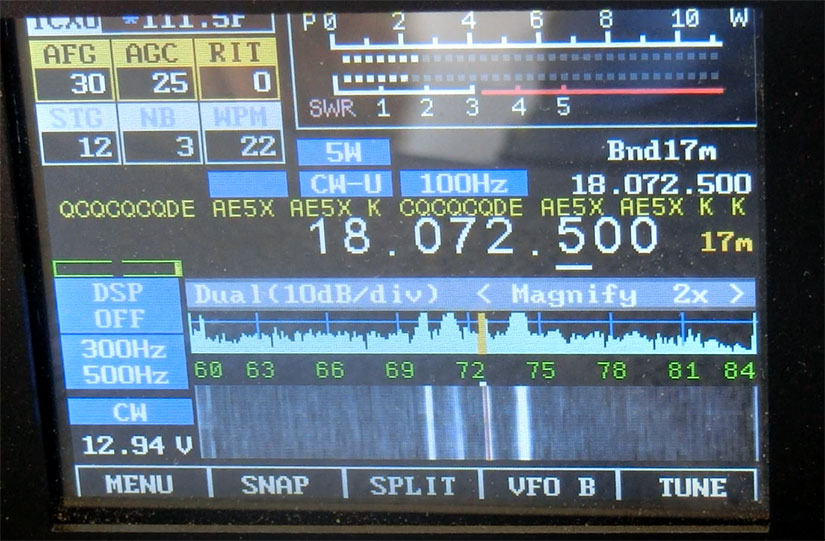 We chatted for a while and two visitors took quite an interest in the mcHF's display as I explained what they were seeing and hearing. The whole tone of the morning, both on the air and with the visitors, was unhurried and relaxing. Contacts and conversations/demos came easily.

The park itself is small and located just outside the town of Lumberton in SE Texas. I took a look around to see if I might want to bring my own trailer here to camp sometime but the sites are small and a bit too close together for my liking and there's no real reason to be here other than for folks who are passing through.

We are currently shopping for a new trailer to go with the new stronger-pulling truck - I'm hoping 2020 be the year I start activating parks with my own portable QTH. 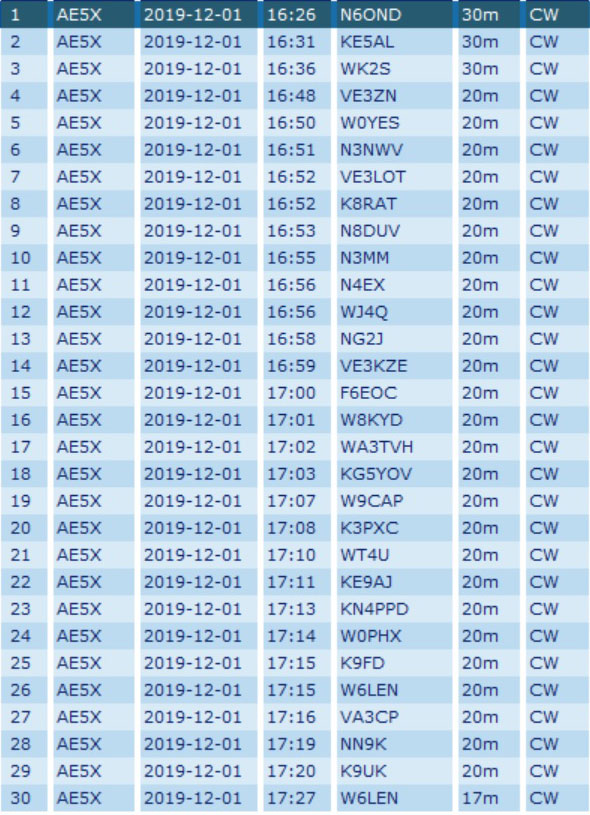