I received my 2nd QCX-20 kit last week and the custom enclosure from BaMaTech today. I plan to begin the build this weekend.

My first QCX was received and built back when they were first announced. Since then, the kit has evolved with various improvements - mostly component value changes. I made some of those changes to my Rev 1.0 board and did a few mods of my own, for better or worse. And I've had T1 in and out of the board several times.

The result of all that is a circuit board whose traces were beginning to lift in places. The latest version of the QCX has the final (hopefully!) parts values and a Rev 4 board that incorporate numerous improvements to output power, keying and other minor issues with the original kit.

The performance of the QCX certainly justifies an enclosure and, apart from custom cases made by stalwart practitioners of 3D printing, the BaMaTech is the only case that enables full button, connector and dial functionality of the QCX. In addition to the actual enclosure, I also ordered a stand-off that will allow operation of the QCX's onboard telegraph key as shown in the video from WD8WV (below).

My initial impression of the case is that I'm quite happy with the hardware included with it but the finish and solidity of the housing itself is less than what I expected. I'll include some close-up photos showing why that is once I'm finished with the build. 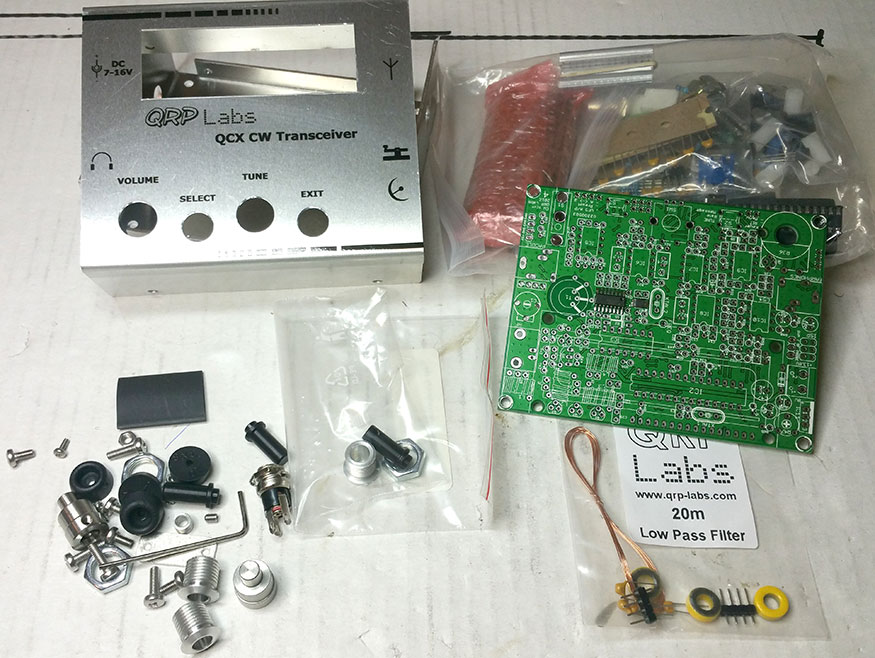