Posts to the Flex forum had me dreading the newest update for Windows 10. Other major Windows updates have caused problems requiring owners to uninstall and then reinstall SmartSDR, the software that runs Flex transceivers.

Not as simple as it sounds but not too difficult, this procedure is a 10 or 12 step process that takes 30 minutes or so. I've had to do it before and don't mind the process.

But this time, with update 1903 from Microsoft, other Flex owners are reporting that they've had to reinstall a fresh version of Windows 10, then install SmartSDR after all Windows updates have completed. And then reinstall all the other programs that had been on the computer.

The problem, specifically, is that the DAX drivers (digital audio from the Flex - ie, the virtual audio cables built into Flex software) get renamed and or conflicted and, either fixable or not, from one user to the next without having to reinstall Windows. 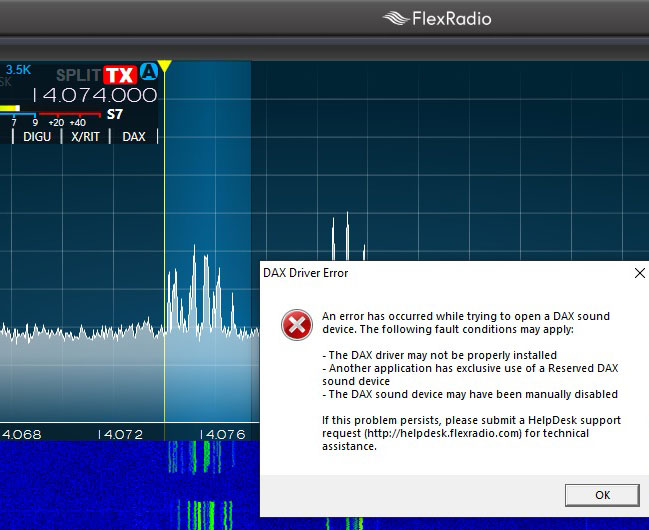 I have two separate SDR set-ups and decided to do the Windows update to each of them. The desktop PC runs the Flex and the laptop is for my Apache Labs transceiver, running OpenHDSDR mRX (with Virtual Audio Cables) to operate that rig.

Over the years, with numerous Windows updates, I've never had the least little problem post-update with the Apache Labs rig. So I updated that PC first, then started OpenHDSDR mRX. It connected with the rig, no problem. Opening WSJT-X to test digital audio between the two programs proved that everything was working properly.

On to the Flex computer...

This is where the good news ends. Evidently, the drivers for DAX audio get renamed during the W1903 update. This should be an easy fix, albeit a PITA. I'll tinker with that tomorrow and, if I can't get it all to play nicely, will open a help ticket with Flex support. 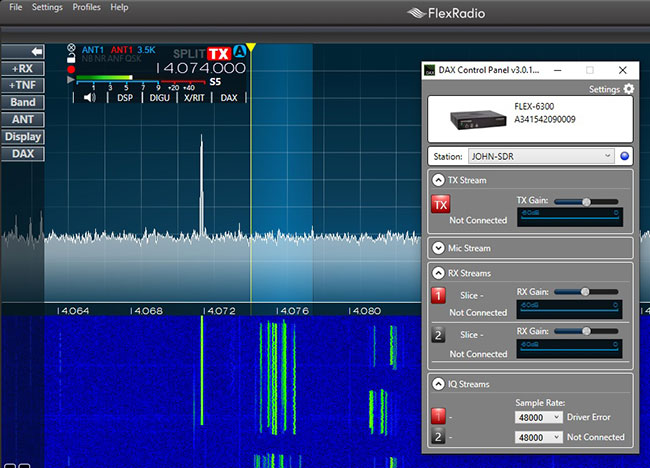 
I get that Flex can't control what Microsoft does, but OpenHDSDR mRX is unaffected - isn't there a way to mimic the immunity of OpenHDSDR mRX's virtual audio cables into Flex's DAX?

Hopefully, my fix will be easy and I'll be able to accomplish it myself via Device Manager. If not, I'll let Flex TeamView into my PC and fix it remotely as they've done for others.

Part of my reason for having gone the SDR route in 80% of my station is because it is a learning opportunity and one that I wanted. I find the technology interesting - more so than standard QSO-making much of the time, even when that QSO-making involves working new DXCC entities.

New developments are happening all the time and the price of admission is dropping lower and lower. Look at SDRplay for an example of the seemingly endless applications of a radio available for less than $150 - and with performance specs that, until recently, were associated only with rigs costing 10X as much.

However, if a Windows reinstallation will be required to make my Flex work, it'll be time to find a new home for it and look at Apache Labs for a non-QRP replacement. No radio is worth a potential PC refresh just because a Windows update was initiated.
.
.
Posted by John AE5X John AE5X at 2:51:00 PM