I thought a graph might be helpful in speculating when the mythical Elecraft KX4 might be released.

Interestingly, the graph indicates that major releases from Elecraft started becoming more frequent with the release of the KX2 in 2016. Can you believe the KX2 has been around for three four years?! 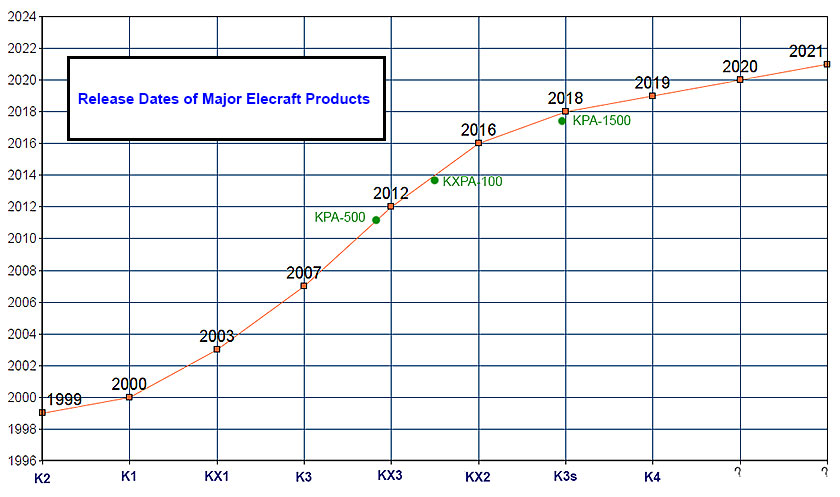 Also obvious is that Elecraft isn't sitting around on their thumbs so maybe it's not unrealistic to expect a KX4 in the near future - a small direct-sampling SDR QRP rig with a single ethernet connection to the PC for CAT and digital audio, onboard pan/waterfall display, regular knobs, buttons, etc. on the rig for non-PC operation.