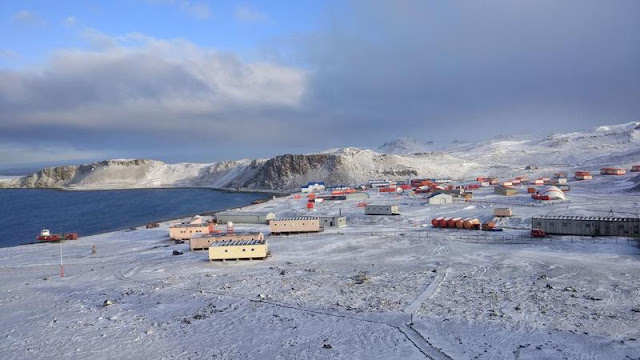 RI1ANO (op Alex UA1OJL) on South Shetland Island was so strong on 80 meter CW a few nights ago that I could copy him on my tribander. Switching to the dipole made him an honest 589 and two quick calls put him into the logbook. It was too easy and I thought I might have worked a pirate until Alex updated his online log.

Bouvet is only 20 degrees in azimuth from RI1ANO relative to my QTH. Both are off the end of my dipole so I don't know what accounts for RI1ANO's strong signal but I'm starting to think that working Bouvet won't be such a tough task after all.

The dipole for both contacts is cut for 80 meters, fed with ladder line for multi-band operation and is 90 feet high. It has minimal radiation off the ends on both 40 and 80 meters.