A VLF/LF blast from the past 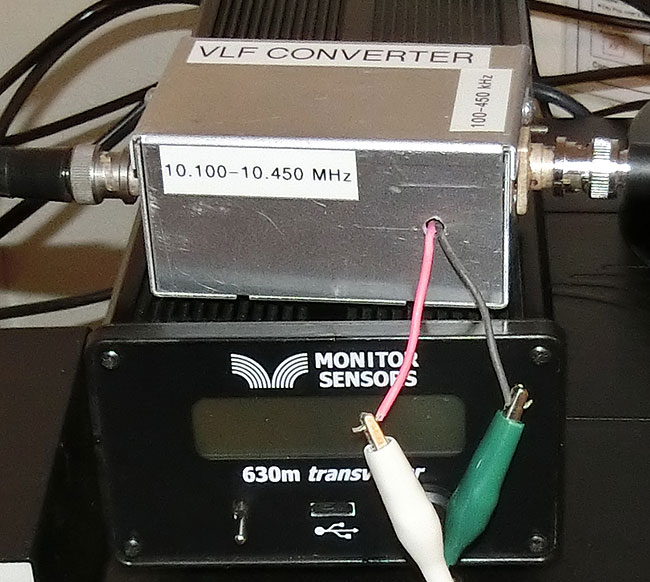 Does your main station rig lack sensitivity on frequencies below 160 meters? Most do due to filtering designed to prevent QRM from the AM broadcast band. If you've tried receiving signals on the new 630 meter band but have heard little or no activity, there is an easy and surprisingly inexpensive solution - and last night's testing proved it to be a very effective solution as well.

Years ago - maybe 20 - I had hopes of experimenting in the "lowfer" band of 160-190 kHz. Then (and surprisingly, still now) Jackson Harbor Press offered a very inexpensive kit that converts 100-450 kHz up to the 30-meter band.

I built the kit and remember hearing noises, squeaks and other emanations from the ether, but, as is sometimes the case with this blog, little intelligence could be discerned. I put it away and forgot that I even had it.

Until today, when K0OD and AA2UK forward biased a few neurons in my memory when discussing ways to receive signals on the two new (in the US) ham bands. Although the cut-off frequency of the input filter to the converter is just above 300 kHz, the manual for the converter describes how to determine the values of the L and C components to change the filter's characteristics.

I couldn't help but wonder - is it possible to receive 630m and/or 2200m signals with such a simple and low-cost device?

When this converter was designed, those bands, and the new-fangled digital modes that now fill them, did not exist. Now they are target-rich with signals that just may be discernible with a $14 gadget piece of equipment.

Here are some relevant links you may find interesting:

Last night I replaced the Monitor Sensors transverter with my old Jackson Harbor Press converter, tuned the main station rig to 30 meters and was immediately rewarded for my efforts - KB5NJD was calling CQ on 473 kHz and, thanks to the transverter, I was copying him solid at 10.473 MHz.


My cell phone was on the desk nearby so I grabbed it and made a quick video of his signal and the set-up used to copy it. Then I quickly replaced the Monitor Sensors transverter and worked John for my first CW contact on 630 meters. 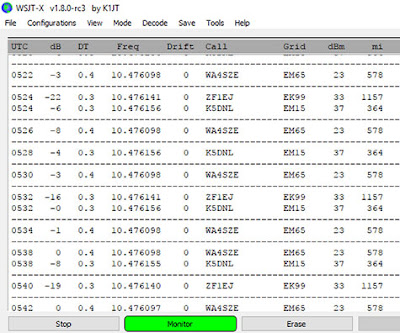 After posting the video to YouTube so John could see it (a mostly unedited rush job, viewable here) I put the receive-only converter back in place. I wanted to see if it had the stability and lack of noise from any stray 10 MHz signals to be able to decode stations transmitting WSPR and JT9 on 630m. I left it running all night. This morning, several screen scrolls of my monitor revealed that stations were copied and decoded all night long.

For those lacking receiver sensitivity below 1.8 MHz, the Jackson Harbor Press offers a very effective way to explore the new 630 meter band for just a few dollars.