Radio SWIT and the Polish Underground

I haven't written a "radio in history" posting in quite a while and would like to do so now in the form of a book recommendation.

The book is Fighting Warsaw: The Story of the Polish Underground State 1939-45 and I read it based on a friend's recommendation. When I started reading the book I had no idea of the detail that would be described of the role that shortwave radio played in the Polish underground during WW2. I was quite pleasantly surprised.

Many history aficionados know that radio played a large role in how various groups kept in touch and passed intel to one another but very few accounts exist of exactly how those radios came into existence and who the operators were. This book goes into those details which, to others, might be considered minutiae - but to hams and SWL'ers (at least to this one!), the stories are riveting.

"We had 12 radio transmitters," Mrs. Korbonski told The Washington Post in 1993. "We transmitted from different places throughout the war. And also I was in charge of organizing the watchers - mostly women - to guard these radio stations from the outside."


The author of Fighting Warsaw is Stefan Korbonski. He and his wife Sofia played a central role in the Polish Underground with her being a Morse operator and he, among other things, commissioning the construction of a shortwave transmitter by a teenage Polish pre-ham named Joey. Their desire is to communicate with British intelligence. Joey assures them of his ability and sets to work on a 20-watt transmitter. An engineer scoffs at the idea that a 20-watt transmitter can contact London on the 31-meter band and is later forced to eat his words.

As contact with London became routine, Operation Radio SWIT came into being, whose purpose was to broadcast a mix of information and disinformation (in Polish). The intent was to mislead and confuse German intelligence, who monitored Radio SWIT. Thanks to stations like Joey/Korbonski's being able to provide details of events within Poland that only insider's could be aware of, Radio SWIT had the credibility that other propaganda stations did not.

The book goes on to discuss other Morse operators brought in from Poland's national shortwave club and the antennas they devised. In one entertaining section, Joey's appreciation of irony is related when he describes the process of ordering vacuum tubes from Berlin - German-made parts to undermine the German occupation.

Sofia recruits most of the Morse ops and coordinates their locations and transmitting schedules. After the war, the Korbonskis immigrate to the United States where Sofia begins a career and eventually retires from the Polish Service of the VOA.

I don't want to give the impression that the entire book is about radio, but if there is another book of WW2 history that contains so much rich detail of the role played by shortwave radio, I am not aware of it. A very interesting summary of some aspects of the Korbonski's activities can be read here. Sofia's obituary/bio is here. 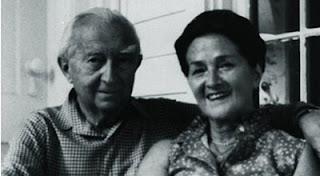