Even the non-hams I've shown this to shake their heads in disbelief - two mylar party-type balloons have flown from Toronto to Kazakhstan! This is the 9th in a series of balloons launched by Dave VE3KCL. 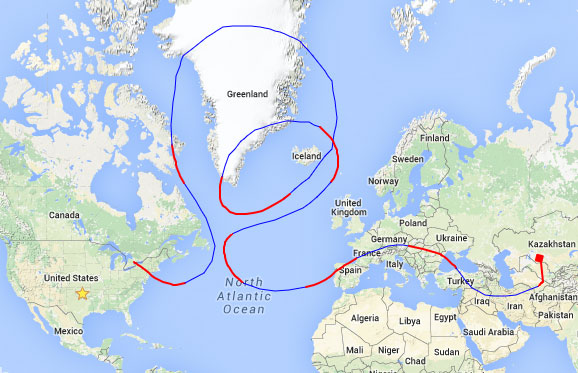 They are carrying one of G0UPL's QRP Labs Si5351A Synthesisers and firmware (used in his Ultimate 3 transmitters) on an Arduino Nano board.
GPS and other telemetry are being stransmitted on the 30m band via WSPR, JT9 and CW. Launched on 10 April, the balloons (tied together) headed east from Toronto and circumnavigated Greenland before crossing Europe and the Middle East. They are now moving north into Central Asia.

Latest info on the balloon's position can be found here.